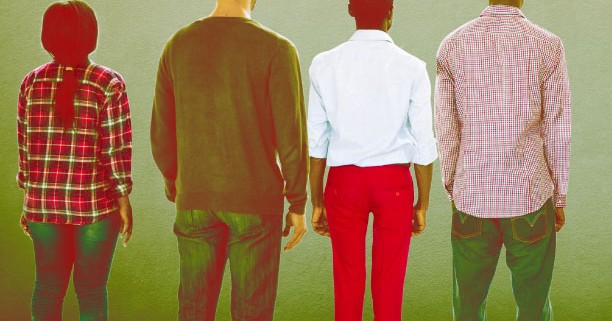 A colloquium on how the phrase “coming out” has expanded, migrated, and been re-purposed by various marginalized groups, such as transgender individuals, undocumented immigrants, or the plural marriage rights movement.

JOINTLY HOSTED BY: UCLA Center for the Study of Women and the Williams Institute

This event is part of the UCLA Center for the Study of Women’s Research and Equity Committee initiative, which is supported by the Office of Interdisciplinary and Cross Campus Affairs.

Abigail C. Saguy is Professor of Sociology and Gender Studies at UCLA. She is the author of What’s Wrong with Fat? (2013, Oxford University Press) and What is Sexual Harassment? From Capitol Hill to the Sorbonne (2003, University of California Press). Her teaching and research interests include gender, culture, the body, politics, law and public health. Here is her description of her presentation:

What does it mean to “come out” as a particular type of person? How and why are people using this specific term to resist various sorts of stigma and demand rights? What does the cultural schema of coming out make possible? How does the history of the term, and its close association with coming out as lesbian or gay, color other usages of this term? Finally, how, in turn, are new usages changing the term’s very meaning? In collaboration with several current or former UCLA graduate students, I have been examining these questions over the past several years. I will discuss some of the central questions of the broader project before two of my collaborators—Laura Enriquez and Nicole Iturriaga—discuss two of the case studies in greater depth.

Kristen Schilt is Associate Professor, University of Chicago. Her research interests center on sociology of gender and sexualities, the sociology of culture, and the sociology of work and occupations. A central focus of her work is finding new ways to make visible the taken-for-granted cultural assumptions about gender and sexuality that serve to naturalize and reproduce social inequality. In 2010, she published the monograph, Just One of the Guys? Transgender Men and the Persistence of Gender Inequality (University of Chicago Press). In this book, she illustrates how the workplace experiences of transgender men can help to illuminate the organizational and interactional processes that contribute to the persistence of gender, race, and sexuality-based inequalities in the workplace. Here is her description of her planned presentation, titled “Coming Out or Becoming? The Cultural Logics of Major Life Change”:

“Coming out the closet” has  been a political strategy in the gay rights movement since the early days of gay liberation in the 1960s. Yet, while “coming out” can be a strategic decision to embrace, and to some degree, reclaim a stigmatized identity, it can also be a claim about essentialism – about making public an innate aspect of identity and/or embodiment that cannot be acted upon or regulated by informal social control or state regulation – a logic often encapsulated in the 2010s LGBTQ activist slogan “born this way.”  I explore the idea of “born this way” as a political strategy for addressing stigma and marginalization through the lens of my book project, Before and After, that centers on the experiences of people who make major changes to their embodiment and identity. Drawing on a preliminary analysis of my interview and ethnographic data, I explore two competing frames people use to make sense of such changes: coming out as your true self or becoming a new you.

Laura Enriquez is Assistant Professor at UC Irvine. She earned undergraduate degrees in Sociology and History from Pomona College. During her time there she began working closely with undocumented immigrant students and researching issues related to undocumented immigrant communities. Earning her Master’s and Doctoral degrees at the University of California, Los Angeles, she has researched, presented, and published on a range of issues related to the educational, economic, political, and social experiences of undocumented young adults who immigrated to the United States as children. Putting her research into practice, she works directly with colleges and community organizations to help them better serve undocumented immigrants. Additionally, she is a contributing blogger at the Huffington Post and participates in community-based workshops and panels to raise awareness about undocumented immigrant issues. READ BLOG POST

Nicole Iturriaga is a doctoral student in the Department of Sociology at UCLA. Her project, “Finding the Lost: Forensics, DNA, and Transnational Advocacy Networks of Human Rights Workers,” looks at how human rights workers use forensic and genetic technologies to resist repression and challenge dominant narratives of past political violence while also fighting for the goals of transitional justice, memory, and identity restitution of the disappeared. This project employs a multi-methodology approach including ethnographic, comparative historical, and content analysis to look at the rise and spread of forensic and genetic technologies in the field of human rights, as well as how these technologies are used by activist groups. Here is her description of her planned presentation:

My talk will be on the tactics used by “plural marriage” activists to cast members of such marriages as an oppressed minority and portray polygamy as empowering to women. Drawing on in-depth interviews with Mormon fundamentalists—34 polygamist women and men—involved in the plural marriage rights movement, she will explain how they not only distanced themselves from Mormon fundamentalist groups known to force underage girls into marriage but also rhetorically liken themselves to two populations with whom they have moral objections: Blacks and sexual minorities. Moreover, movement leaders reinforce the analogy with gay men and lesbians by strategically and self-consciously employing a language of “coming out of the closet” to talk about revealing and affirming their polygamist status. This talk will argue that they are drawn to this particular language not merely because it is culturally ubiquitous but also because of how same-sex marriage and polygamy have been connected via discursive networks. Additionally, this talk will consider the respondents’ claims that polygyny offers women advantages over monogamy, while also examining how post-feminist discourse about choice can reinforce patriarchal structures.

James A. Schultz is Professor of German and former Chair of LGBT Studies at UCLA. He is the author of three previous books, including, most recently, The Knowledge of Childhood in the German Middle Ages, 1100–1350.

UCLA Center for the Study of Women and the Williams Institute

UCLA Center for the Study of Women and the Williams Institute