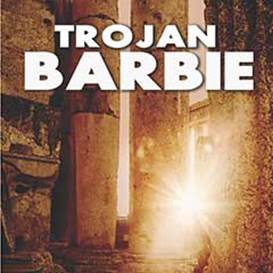 Past and present violently collide when Lotte, an English tourist who repairs dolls, is captured while on a tour of current-day Troy and flung back into the ancient camp of Euripides’ “The Trojan Women.” “Trojan Barbie” recasts the legendary fall of the city of Troy against the vivid reality of modern warfare. It is an epic war story with a most unlikely heroine, who always looks on the bright side even as past and present collide about her.

Immediately following the opening performance on December 1, playwright Christine Evans, will discuss the parallels in the roles of women in ancient society and their modern contemporaries.  Discussion moderated by Assistant Professor Michelle Carriger.