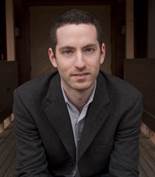 How can we explain the prominence of Jews and Jewishness in 21st-century American media? At a moment when companies like Amazon and Netflix were making billion-dollar gambits to reach massive audiences with their own original content, it turned out to be Jill Soloway’s Transparent, that proved that a website could beat out the cable and broadcast television networks at the Golden Globes and Emmys. This lecture proposes that we consider the current wave of Jewish culture as resulting from two key developments: the increasing institutionalization of Jewish culture in America since the late 20th-century, and the affinity between streaming media technology and demographic minorities.

While this event is free and open to Leve Center members, pre-registration is required.