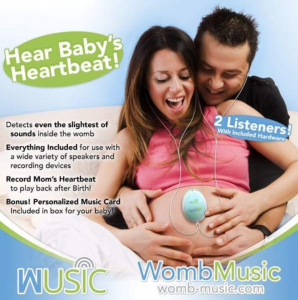 Emulsifying seemingly disparate concepts excites me- like the exhausted metaphor of oil and water but extended into the immaterial where lines are more difficult to draw. My research on fetal ultrasounds on YouTube was provoked by this desire to work through negotiations. Fetal ultrasounds published on YouTube reflect interesting new media habits of intimate self-documentation. Analyzing popular vlogs demonstrates the complexities of an online and ideological maternal space. Furthermore, this analysis reveals the development and implication of ideologies of fetal personhood.

Science and technology–and reproductive technologies, in particular– are difficult for me to embrace. Instead, I seek to disrupt the narrative that increasingly innovative technology, which purports to reveal and penetrate a more “realistically” rendered human body, can justify larger claims of objectivity. When claiming objectivity, we often forget that knowledge claims gleaned from vision are also deeply embedded in cultural practices and ideology. I, like Donna Haraway, in her 1988 piece titled “The Persistence of Vision,” posit an “argument for situated and embodied knowledges and against various forms of unlocatable, and so irresponsible, knowledge claims.”1 Irresponsible knowledge claims continue to alienate individuals from their bodies, strengthening current legislative strategies which use reproductive technologies to maintain power over women’s bodies.

The most recent examples of medical technologies being used to divorce medical subjects from autonomy over their body include forced viewings and the fetal “heartbeat” bill.  According to NARAL Pro-Choice America, “several states across the country require physicians to perform an ultrasound before performing an abortion. Some of those states also force a female to view the ultrasound or listen to the heartbeat, even if she directly objects.”2 As Rosalind Pollack Petchesky writes, this compulsory ultrasound imaging, which is not medically necessary, is not only a powerful illustration of intimidation but also a particular instance where fetishism and surveillance intersect:

Forced viewings overtly display the affective and abusive potential of medical documents when a woman’s body is up for interpretation. This investment in the photographic image and the presumption an infallible eye coupled with notions of objectivity pave the way for forced viewings and, most recently, for the passing of fetal “heartbeat” bills.

In 2019 alone, four states passed a fetal “heartbeat” bill prohibiting abortions if a “fetal heartbeat” can be detected. The highly debatable “heartbeat” can be “detected” as early as six weeks into gestation. As Anne North and Catherine Kim explain in a piece for Vox, “some reproductive rights groups argue that the term ‘heartbeat’ bill is a misnomer, since the fetus does not yet have a heart at six weeks’ gestation — the cardiac activity detectable at that time comes from tissue called the fetal pole, as OB-GYN Jen Gunter has written.”4 The legislated collection of unrestricted visual and audio data via these ultrasounds severs any remaining legal and material autonomy over one’s (reproducing) body. I argue that by diminishing the gap between the arts and sciences we can divorce ultrasounds from the assumption of photo-realism and reinstate a sense of embodied vision. As Haraway states, “I want a feminist writing of the body that metaphorically emphasizes vision again, because we need to reclaim that sense to find our way through all the visualizing tricks and powers of modern sciences and technologies that have transformed the objectivity debates.”5 But the attempt to re-establish a productive thread between the arts and sciences has proven counterintuitive as exemplified by the contemporary case study of WuMusic (or WombMusic).

According to WuMusic’s website, “WombMusic is a Personal Sound Amplification Product that allows you to hear your baby’s sound like the heartbeat, kicks, and movement.”6 The product comes with a listening system, two sets of earbuds, one splitter, and a computer recording cable. The product advertises the splitter and two earbuds as promoting “bonding with your baby for both mommy and daddy…”.7 The computer recording cable allows for users to save both the sounds attributed to “the baby” and those recorded of the mother’s heartbeat onto a computer. This watered down version of ultrasound technology, provided by the user for the user, can potentially re-establish a deeper relationship between an individual and their internal organs in a society where that relationship is often severed or abstracted via medical tools. WuMusic thus has the potential to be  a subversive use of medical technology. However, Wumusic frames the connection as existing between the parents and the fetus, and not between the user and their body. The non-medical use of an electronic doppler ultrasound device, in this particular case, sustains the logic supporting legislation enacting forced viewings of ultrasounds.

WuMusic’s attempt to foster emotional connectivity through the musical arts via what are usually considered medical tools provokes epistemological questions about the nature of a medical document. What exactly constitutes a medical document? Are medical documents tools or are they the subject/object of analysis? We need to work through and consider these questions when adopting approaches that unite art and science in order to advocate for embodied vision and highlight that claims of objectivity from medical documents and/or medical ​ways-of-seeing​ can often be a threat to bodily autonomy.

Shaina Goel is a PhD student in Cinema and Media Studies. She received the CSW Elizabeth Blackwell, M.D., Graduate Award in 2019.

Foucault, Michel. The Birth of the Clinic: An Archaeology of Medical Perception. New York: Pantheon Books, 1973.