On February 1, 2018, the Center for the Study of Women will host Edible Feminisms: On Discard, Waste, and Metabolism. This panel discussion is part of a larger project that will culminate in a special issue of the journal Food, Culture, and Society. Convened by CSW Adjunct Assistant Professors Sarah Tracy and Rachel Vaughn, the panel and volume will ask new questions about waste, conservation, gender, and the future of food.

Vaughn and Tracy are both Food Studies scholars  and they each take a distinctly feminist approach to understanding what is at stake when people eat. 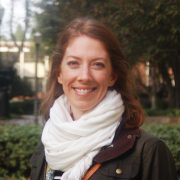 Drawing on feminist science & technology studies (STS), food studies, sensory studies, and post-colonial studies, Sarah Tracy explores the history and recent evolution of how foods mediate health and happiness across gender, race, and class. In one recent project, a collaboration with Sebastián Gil-Riaño, Tracy delved into how colonial medicine transformed dietary fiber, via the work of British medical researcher Denis Burkitt. Gil-Riaño and Tracy note, “Prior to the 1970s, fiber was a substance that most nutritional scientists had paid little attention to and believed to be of little nutritional value. However, by delving into the economic history of bread consumption and milling practices and correlating it with disease patterns, Burkitt began to craft a narrative that elevated dietary fiber into a crucial and necessary element of nutrition.” In this project, they traced how western conceptualizations of white bread and other sources of dietary fiber influenced dominant categorizations of populations as either “primitive” or “modern” and revealed how dietary fiber was transformed from “an object of negligible nutritional value – mere ‘roughage’ – to one whose presence in human diets could mean the difference between health and disease.” Using this type of historical analysis, Tracy’s work uncovers how food-related concepts of health and well-being are influenced by and help produce racial, gender, and economic power structures. Tracy’s forthcoming book, Delicious: A History of Monosodium Glutamate and Umami, the Fifth Taste Sensation, similarly analyzes the global commodity and flavor enhancer monosodium glutamate (MSG) alongside the concept of umami (Japanese for “savoury deliciousness”). She follows the transnational evolution of MSG and how it blurs the lines between categories of food, drug, and toxin. Tracy traces how the additive, which is prevalent in many of our processed foods, journeyed from Japan and across the globe and has been fetishized, racialized, and vilified. Across her work, Tracy’s analyses create sinews between global politics, power relations, and evolving societal norms, and draws in the multiplicity of constructs created through ideologies, marketing, science and capitalism. Tracy holds a PhD in History from the University of Toronto. She has had works published in the journals Radical History Review and Global Food History and currently holds a joint appointment with the Center for the Study of Women and the Institute for Society and Genetics at UCLA. 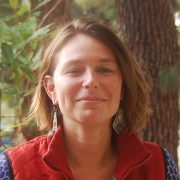 A self-proclaimed feminist, Rachel Vaughn explores food, waste, and how these subjects often overlap with and are influenced by identity factors such as race, class, gender, nationality or mobility. Her work places food justice in parallel with other justice-oriented movements, such as reproductive justice, and in so doing highlights the nuanced repercussions of individual decision making. Through this lens, she examines how placing emphasis on people making the “right” kind of lifestyle choices risks individualizing access to resources and fails to consider identity factors that drastically influence that access. By using feminist approaches, she examines the “discourse of choice in mainstream food discourses; one that obscures unequal realities, self-determination, and the centrality of history in food and health disparities.” In exploring the parallels between discourse around food choice and reproductive choice, she advocates for “food and reproductive health together as extensions of one another for basic human rights for a dignified life.” Through her oral history research with scavengers, foragers, and dumpster divers, Vaughn explores the meaning of “disgust”, “in/edibility”, “waste” and other such categories that are socially formed, politically charged, and tied to food security and food insecurity. Her current book project, Talking Trash: Oral Histories of Food In/Security from the Margins of a Dumpster, draws from this work, which lies at the intersection of food studies, discard studies, feminist science & technology studies, environmental theory and queer ecologies. Vaughn holds a PhD in American Studies from the University of Kansas. From 2011- 2012, she was a Fellow in Gender Studies at Oklahoma State University; and was then Visiting Assistant Professor at the University of Kansas in the Department of Women, Gender & Sexuality Studies. She is currently an Adjunct Assistant Professor for UCLA’s Center for the Study of Women and Gender Studies Department and also teaches classes at the Institute for Society & Genetics.