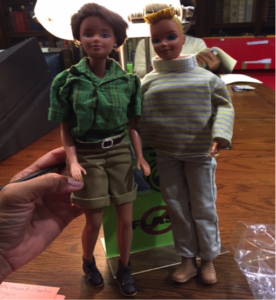 As a scholar of gender, and, more broadly, culture, race, sex, and class, I examine archives to find and create new meaning in objects produced within a racialized and gendered hierarchal society. Within the UCLA Special Collections reside two such objects: Barbie dolls whose appearances were altered in the 1990’s by Dr. Clark Pomerleau to reflect a gender variant aesthetic. Pomerleau gave these creations to lesbian activist Diane Germain who then donated them as an historical artifact to the June L. Mazer Foundation. The dolls were “transmogrified” long before transgender narratives were commonly circulated, and they exemplify the disruption of gender and identity binaries. I contend that these Barbie dolls draw attention to the way that, within a capitalist society like the US, objects function not only as tools of socialization and cultural hegemony, but also create knowledge about how identity determines access to life, capital, and visibility/invisibility.

The dolls captivate me due to their visual expression of non-normative identity markers. They have shorn hair that projects a masculine image. The blonde Barbie has a taped-down chest in order to harness her breasts, while the brunette Barbie appears to have altered her breasts surgically in an attempt to change the aesthetic. These contrasting visions of breasts express the varied expressions of gender possible in gender variant bodies.

The visible race of the blonde doll is white, and her masculine presentation physically subverts the gender binary. The fact that she was created from the “all-American fantasy” of Barbie speaks to what the ideal is for a woman in American society—white, blonde, blue-eyed. The other doll appears to be mixed race, and her appearance is is not quite as radical as that of the blonde Barbie. This leads me to think on white privilege and how it allows white transgender persons to access more services and acceptance than transpeople of color. Similarly, the most widely known transgender narratives—such as that of Caitlin Jenner—are of privilege. The stories of gender variance that are the most widely known depend on racialized privilege, in contrast to the large number of untold stories that instead point to “queer failure” to reach a privileged status.

Jack Halberstam argues that failure is a constant stumbling block for transgender/queer individuals or anyone outside of the normalized structures of society. Queer struggle is an anti-capitalist, unlikely, improbable failure, which quietly loses and, in response, imagines other ways of being and living.[1] These other ways of being or existing create new insight and meaning around queer subjectivity and what that means as a social and political force. Halberstam goes on to reflect that normative society values particular kinds of success, such as success through reproduction and accumulation: “success in heternormative, capitalist society equates too easily to specific forms of reproductive maturity combined with wealth accumulation.”[2] These dolls create opportunities to think about identity, normativity, empire, and the potential to imagine new ways of being when one fails to fit normative ideals.

Meaning can be elusive for objects within an archive. What was the object’s story prior to arrival, and what sort of knowledge lives within the object? Is it a subjugated knowledge that is not available on its first round of circulation? Alec McHoul describes meaning as a marriage of two entities: “Meaning is a matter neither of genesis (realism) nor of structure (politicism), in any pure and singular sense. It partakes of both, in their necessarily impure and plural senses, as questions of possibility only.”[3] I consider the possibilities of meaning through the lens of intertwined and evolving identities that the dolls represent, from an archival and cultural standpoint. I’m informed by Celeste Olalquiaga, who reflects: “This separation of things from their original—or, in some cases, attributed—context and functions made them into commodities, increasingly susceptible to the projection of cultural desires and anxieties.”[4] This captures the feeling I have that once an object is on its second circulation it succumbs to new meaning produced by culture that shifts over time. As I study the dolls I think of Jim Clifford’s work, which illuminates the politics of contact and perspective in library and museum special collections, which encompass varied histories of hierarchies, dominance, and resistance.[5] The fact that there is an archive for a marginalized group in society suggests a shifting social and political landscape.

The Barbie dolls were “transmogrified” to subvert the normalizing effects of heteronormativity. However, in the dolls’ first round of circulation, before they were altered, they could have been seen as socializing agents for little girls, anticipating girls’ future gender role. The dolls’ features, clothes, and bodies during their first circulation speak to the hegemony of a beauty-obsessed society wherein standards are dictated through commodity and media. Now, though, the dolls reflect a segment of the LGBTQ community that has been marginalized. The gift of the dolls solidifies a historical position of visibility for the transgender community, even though they are placed in a lesbian archive. Dr. Pomerleau, who “transmogrified” the dolls, makes the argument that certain identities can be stable for awhile and then shift: “Well, specific to the dolls, I certainly created them as both gender transgressing in ways that overlapped with medical transition that made them ‘trans’ and as broadly a lesbian couple. It is possible to consider oneself both lesbian and trans either as a stable identity for all time or as an identity that fits for a while.”[6] Pomerleau further argues that the there are overlaps and shifts within the labeling of “lesbian” and “trans” that create account for identities that shift over time: “Since the use of medical technologies like hormone supplementation and gender affirmation surgeries has become more available, we see more people transition as adults after first coming out as butch, dyke, or some other basically lesbian term”[7] Analyzing the dolls shows how identities and ideas about identity shift over time. 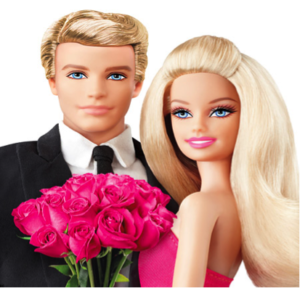 Conventional Barbie dolls can be described as small replicas of human adults, gendered as women. Because Barbie is typically paired with a male romantic partner, Ken, heternonormativity informs the creation of the dolls as commodities. Heteronormativity subjugates women, homosexuals, and gender variant populations by normalizing a system that privileges men. Part of uncovering and dismantling the hierarchy of heterosexuality is to out this oppression.

Finding gender variant dolls in a lesbian collection creates meaning around masculinity. The dolls have a “masculine” appearance and a gender presentation that is associated with men and often called “butch.” Yet what new meanings arise when masculinity appears outside of the normative male body? The notion that masculinity is sustained and perfected on the male body resides in a heterosexist notion of male dominance. Halberstam posits that “the continued refusal in Western society to admit ambiguously gendered bodies into functional social relations is…sustained by a conservative and protectionist attitude by men…”[8] This disavowal of masculine identity on the non-cis body represents a lag in social and political views. While academia and activists produce and create new knowledges that birth large social change, the larger community is quite often not ready to participate in that change. Similarly, capitalist entities are often early adopters of social change, and seek to produce and market related objects long before the community embraces change. 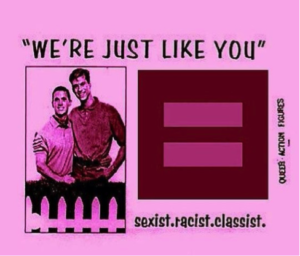 Capitalism has also, however, created room for racialized homonormativity which incorporates only certain former transgressed identities into the idea of what counts as a successful or—as Mel Chen puts it—“optimized” life [9]

As scholars such as Chen, Jasbir Puar, and others have noted, in capitalist society, certain formerly transgressive identities get incorporated into the mainstream and into consumer markets, while others continue to fail to fit normative ideals. Through the LGBTQ civil rights movement, for instance, certain white gay bodies have been normalized. This “homonormative” incorporation into consumer markets is exemplified by the Mattel Corporation’s release of a lesbian/gender variant doll representing soccer player Abby Wambach. Comparing the Wambach Barbie to the transmogrified Barbie dolls in the archive, draws attention to a historicity that reflects a progression of normalization that has been commodified by Mattel before it is largely normalized in society. The old Barbie dolls in the collection were created from the space of the gap in knowledges between academia and community that Halberstam addresses. This gap parallels the gap in society wherein capitalism creates and commodifies social change before communities have adopted the changes and normalized them. 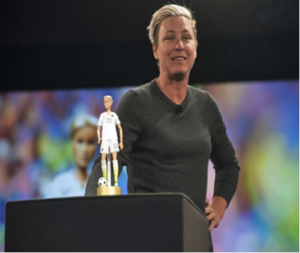 For me, studying the “transmogrified” Barbie dolls within the archive has produced specific meaning around shifting identities. Identity determines access to vital living conditions, capital, and social recognition. Queer failure is a subjugated knowledge that creates knowledge around counterhegemonic ideas involving heteronormativity, which is classically tied to reproduction and accumulation. Social change has shifted identities of “surplus queer populations” into that of neo-liberal discourse surrounding privileging profitability through the inclusion of the homornormative/gender variant family, contingent upon class. Thus, once marginalized identities have shifted to be included into a bio-political sphere the group participates in the furthering of capitalism and empire. This research produced a place for me to think about sexual and gendered identities and the way that capital has a role in their normalization and organization. The research has also helped me to develop my feminist praxis in relation to the production of meaning that surrounds objects, and their connection to power in the racialized and gendered hierarchical system that we all participate in.

Sylvia Spielman-Vaught graduated from UCLA in June of 2016 with a major in Gender Studies and minor in African American Studies. She transferred to UCLA after spending three years at West Los Angeles College while working as a cosmetologist and being an active volunteer at her children’s schools. She was the recipient of CSW’s 2016 Renaissance Award. The Renaissance Award, created and funded by Dr. Myrna Hant, is a scholarship that rewards the rebirth of academic aspirations among women whose college careers were interrupted or delayed by family and/or career obligations and encourages achievement in the pursuit of a bachelor’s degree at UCLA.