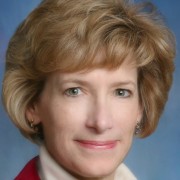 Donna received her J.D. and Ph.D. in Jurisprudence and Social Policy from U.C. Berkeley, where she developed specializations in American legal history and public law.  She has served on the faculties at numerous law schools, universities, and colleges in Southern California, including UCLA, USC, and UC Irvine, where she was awarded Lecturer of the Year.  She held positions as a judicial law clerk on the U.S. Court of Appeals for the Ninth Circuit and the Bankruptcy Court of the Central District of California.  She is currently Adjunct Professor at California State University, Los Angeles, in the Department of Political Science, where she teaches courses in constitutional law, courts and judging, and gender and politics, and she is a Distinguished Lecturer for the Organization of American Historians.  She has published in journals such as Law & Social Inquiry, the Yale Journal of Law and Feminism, and California History, and her work has also appeared in media outlets such as the New York Times and the Los Angeles Times.  Her research has been supported by grants and fellowships from the American Historical Association, the National Endowment for the Humanities, the Woodrow Wilson Foundation, and the Huntington Library, among others.  She is currently under contract to produce a jurisprudential biography of Supreme Court Justice Sandra Day O’Connor for Routledge Publishing’s Historical Americans Series.

Schuele’s project examines Justice O’Connor’s tenure on the Supreme Court with regard to three areas of law in which she made significant contributions to the development of legal doctrine: religious rights, reproductive rights, and state-federal relations, and situates her biography within the context of those three areas of law.  The book is designed for classroom use, primarily at the college level, in history, political science, and gender studies courses.  In a related project, she is examining the decision-making and ideologies of Justices O’Connor and William O. Douglas, both known for their self-identification with the U.S. West, to discern whether their judging, either in style or substance, reflects this self-identification.  This study may allow us to begin to regionalize the work of the modern United States Supreme Court.

“Love, Honor, and the Power of Law: Probating the Avila Estate in Frontier California,” in David Wallace Adams and Crista DeLuzio, eds., On the Borders of Love and Power: Families and Kinship in the Intercultural American Southwest (Berkeley: University of California Press, July 2012).

“‘None Could Deny the Eloquence of This Lady’: Women, Law, and Government in California, 1850-1890,” in John F. Burns and Richard J. Orsi, eds., Taming the Elephant: Politics, Government, and Law in Pioneer California (Berkeley: University of California Press, 2003).