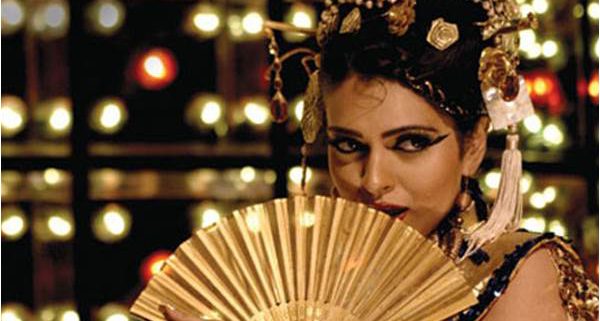 A talk by Ranjani Mazumdar

Organized by the UCLA Center for India and South Asia

This paper looks at the role of media and communication technologies in the sensorial imagination of urban spaces in contemporary Bombay cinema. If surveillance practices and their resultant structuring becomes one part of this imagination (No Smoking 2007, LSD 2010, Ugly, 2013), we also see the role of the Internet and social media in the framing of spatial encounters in small town India (Masaan 2015). A fascination for ‘obsolete’ technology frames another order of space linked to the recent past (Gangs of Wasseypur 2012, Miss Lovely 2012, Dum Lagake Haisha, 2015), while documentary films like John and Jayne (2005) invoke the call centre imagination within a fractured urban subjectivity. Through a framing of the spatial terrain triggered by new media technologies, the films offer a new geography of the experiential changes unravelling in contemporary India.

Ranjani Mazumdar is Professor of Cinema Studies at the School of Arts & Aesthetics, Jawaharlal Nehru University. Her publications focus on urban cultures, popular cinema, gender and the cinematic city. She is the author of Bombay Cinema: An Archive of the City (2007) and co-author with Nitin Govil of the forthcoming The Indian Film Industry. She has also worked as a documentary filmmaker and her productions include Delhi Diary 2001 and The Power of the Image (Co-Directed). Her current research focuses on globalization and film culture, the visual culture of film posters and the intersection of technology, travel, design and colour in 1960s Bombay Cinema.

Tiphanie Yanique, “Belonging: Immigrating into Our Own Country”