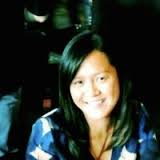 Asian American Feminisms and the Re-writing of the Legal Voice: Immigration Law, Criminal Enforcement, and “Cooperation”

A talk by the UC President’s Postdoctoral Fellow, UC Berkeley

This talk will discuss the U Visa, a new form of legal protection designed to rescue undocumented immigrants from gender and sexual violence – but only if they willingly agree to cooperate with the police state. She argues that the visa’s requirement for “cooperation” binds any future for Asian immigrant women to the criminality of blackness and the whiteness of universal innocence. Visas such as these have been overlooked within contemporary immigration and policing debates that largely focus on moments when the law fails as evidence of racial violence. Instead, this talk takes the law’s proclaimed successful protection over legal innocence as the very site from which the violent constitution of legal personhood unfolds. Drawing from ethnographic interpretations of legal advocates who assist Asian immigrant women with visa applications, she interrogates the law’s evidentiary relationship between lived experience, humanness, and “voice” that make legible the legal subject of the crime victim. The 2001 reauthorization of the Violence Against Women Act (VAWA) created the U Visa alongside a host of other immigrant provisions that were not originally included in the first iteration of VAWA in the early 1990s when it passes as part of the Violent Crime Control and Law Enforcement Act. I argue that the U Visa’s requirement for legal cooperation is a form of coercion that cannot be fully understood outside its elemental arrangement within criminalization and security regimes. This talk is part of her manuscript, “Of Law’s Protection and Punishment: Gender Violence, Asian Immigrant Woman, and the Enforced Safety of the Security State,” a legal ethnography of Asian American citizenship and the making of legal personhood at the intersections of immigration law, criminal enforcement, and American humanitarianism.

Cosponsored by: Department of Gender Studies; Department of Asian American Studies; Center for the Study of Women; School of Law; and UC President’s Postdoctoral Fellowship

‘If You Should Lose Me’ The Archive, the Critic, the Record Shop and the Blues Woman