Join the UCLA Center for the Study of Women (CSW) for a special virtual event on Thursday, May 20th to honor the center’s accomplishments, student award recipients, and this year’s Distinguished Leader in Feminism Award honoree.

Intersectional Feminism and the Fight for Justice 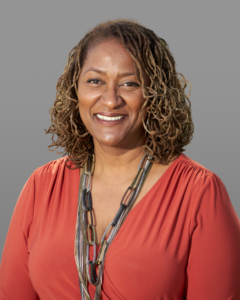 This year, CSW has selected Holly J. Mitchell as the recipient of the Center for the Study of Women’s 2021 Distinguished Leader in Feminism Award. She represents the 2nd district on the LA County Board of Supervisors, and is a member of the California Legislative Black Caucus. From 2013 to 2020, Mitchell served as State Senator for California’s 30th District, and has previously served as California State Assemblymember for the 54th District.

Please join us to hear LA County Supervisor and former California state senator Holly Mitchell present on lessons learned from inspiring women in her life, defining leadership moments on her career journey, and the need for intersectional feminism in the fight for justice and progress.

Registrants will receive a Zoom link a few days prior to the event. If the Zoom room is at capacity, attendees will be able to view the event via livestream on CSW’s YouTube channel.

ABOUT THE KEYNOTE SPEAKER 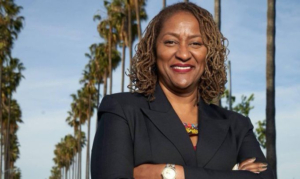 On November 3, 2020, Supervisor Holly J. Mitchell was elected to serve the Second District of Los Angeles County. Throughout her career in public service, Supervisor Mitchell has always worked with the understanding – that creating a California where all residents can thrive – means investing in the communities, families, and children of LA County.

Having authored and passed over 90 laws in the California Legislature, Supervisor Mitchell brings an extensive public policy record to the Board of Supervisors. Many of her bills have been at the forefront of expanding healthcare access, addressing systemic racism, and championing criminal justice reform. During her tenure in the California State Legislature, Supervisor Mitchell represented the 54th District for three years as an Assemblymember and later served seven years as State Senator for the 30th District.

As State Senator, she also held the distinction of being the first African American to serve as Chair of the Senate Budget and Fiscal Review Committee. In this capacity, she led the passage of state budgets each totaling over $200 billion for the fifth largest economy in the world.

Prior to serving in elected office, Supervisor Mitchell was CEO of Crystal Stairs, California’s largest nonprofit dedicated to child and family development. In this role, she ensured that families across Los Angeles County gained access to childcare and poverty prevention resources. Before leading Crystal Stairs, she worked as a legislative advocate at the Western Center for Law and Poverty.

Supervisor Mitchell’s leadership has been recognized by over 100 community and business groups. She was recently honored as a 2020 Visionary by Oprah Winfrey’s O Magazine for making California the first state in the nation to ban natural hair discrimination with The CROWN Act.

As Supervisor, Mitchell is proud to serve the two million residents of the Second District which includes the neighborhood she grew up in, Leimert Park, and the following cities: Carson, Compton, Culver City, Gardena, Hawthorne, Inglewood, Lawndale, Lynwood, parts of Los Angeles, and dozens of unincorporated communities.

Supervisor Mitchell is a University of California at Riverside Highlander, a CORO Foundation Fellow and mother to Ryan.

Freedom and Fugitivity
Scroll to top