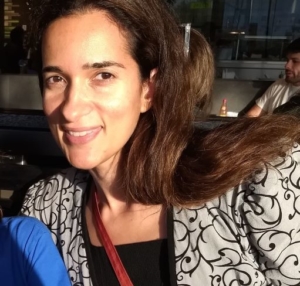 Ellen Scott is an Associate Professor in the Department of Film, Television and Digital Media and specializes in media history, African American cultural history, film and media theory, American film history, sound theory, the history of censorship and cultural studies. Her research focuses on the cultural meanings and reverberations of film in African American communities and, more broadly, the relationship of media to the struggle for racial justice and equality. Her first book, Cinema Civil Rights (Rutgers University Press, 2015) exposes the Classical Hollywood-era studio system’s careful repression of civil rights, but also the stuttered appearance of these issues through latent, symptomatic signifiers. After tracing these films from their first conception through restrictions imposed on them by industry and state censors, the study ends by assessing how Black political figures and journalists turned Hollywood’s repressed racial imaginary into fodder for their own resistant spectatorship and full-blown civil rights demands.

She is currently working on two projects, one examining the history of slavery on the American screen and another on the history of Classical Hollywood-era Black women film critics.

Scott is passionate about teaching and mentorship. Before arriving at the UCLA School of Theater, Film and Television, she was an Assistant Professor of Media History at CUNY-Queen’s College in New York where she served as chair of the Undergraduate Studies Committee. She was also a standing selection committee member and mentor for Queens College’s Mellon Mays Undergraduate Fellowship; and the co-chair of the Black Caucus of the Society for Cinema and Media Studies (2007-08).

Scott has taught a range of courses including “African Americans in Television and Film,” “Race and Ethnicity in American Media,” “Media Censorship,” “Media Criticism,” “The Peopling of New York,” “The Social Problem Film” and “The History of Broadcasting.” She is the recipient of a number of awards and fellowships, including the Mellon Mays Undergraduate Fellowship, the Ford Foundation Fellowship, the Mellon Post-Doctoral Teaching Fellowship and the Mellon Career Enhancement Fellowship. In 2016, she was awarded the Academy Film Scholars grant for her project “Cinema’s Peculiar Institution,” which investigates the history of slavery on screen.