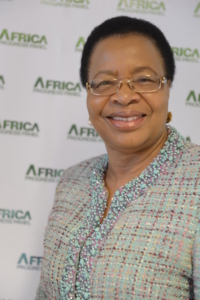 I am writing a biography of Graça Simbine Machel, a prominent Mozambican woman who for decades has worked for women’s rights, education, and peace. My dilemma in writing about her is that, despite a long career as a feminist leader, she is best known for her two marriages, initially to Mozambique’s first president Samora Machel, and later to Nelson Mandela while he was president of South Africa. Though she very unusually served as first lady twice and in two different countries, her achievements are far more than simply holding that position. But, as with many women, her story involves the intersection of her own actions with her family experiences. Certainly, Graça is an unusually bold and accomplished person and that was likely a factor in both Samora Machel’s and Nelson Mandela’s interest in her.[1] It seems possible that her marriage to Samora ensured her inclusion in the party leadership and her appointment as Minister of Education in the first independent government. There were other intelligent audacious women in Mozambique, yet for at least the first ten years after independence, Graça was the only one to reach the highest levels of government.

Graça Machel began her career in the 1970s when Mozambique was still a Portuguese colony. Mozambique gained independence in 1975, following a 1974 left-wing military coup in Portugal that ended decade-long independence wars in their African colonies. She came from a rural family in southern Mozambique that was committed to supporting formal education for all six children despite their father’s death just days before Graça was born. Her older brothers and sisters attended mission schools and were active in the clandestine anti-colonial movement. Graça also attended mission schools beginning at age six, when she became a boarder at a Methodist school. It was not common for girls to attend school during the colonial era, a fact reflected in literacy rates in Mozambique at independence, when over 90 percent of women could not read or write in Portuguese. She passed the entrance exam for secondary school, where black students were a tiny minority. When she reached her fourth year of high school, she was the only black student in a class of forty. Her educational experience was exceptional in colonial Mozambique.

In 1967, Graça Machel earned a scholarship for advanced study in Portugal, where she enrolled in the graduate program in modern languages at the University of Lisbon. She met other African students there and joined them in student groups working to end colonialism. She recalled that they were inexperienced and made mistakes that brought them to the attention of the Portuguese secret police. In 1972 she learned she was under investigation and escaped to Switzerland before returning to Africa.

In Mozambique the anti-colonial movement, Frelimo (the acronym for Frente de Libertação de Moçambique, the Mozambique Liberation Front), had been active since the 1960s and worked both in the country and in neighboring Tanzania. Graça Machel joined Frelimo in Tanzania where she completed military training. Her trajectory changed significantly when she met Samora Machel. Samora was then Frelimo’s leader, and was about to become the first president of independent Mozambique. She married Samora in 1975, just months after the country gained its independence.

As education minister beginning in 1975, Graça expanded access to education for Mozambican children, especially girls, and developed literacy programs for adults. Those efforts were a key element in the socialist policies of the Frelimo government, as they worked to bring improvements to the people of Mozambique. For a decade she was the only female minister in Mozambique’s cabinet. There is a sizeable literature on the development of educational policy in those early years, but it has not been helpful to my biography, as I was surprised to find that there are almost no references to or analyses of her role as minister. The few comments that mention her are superficial and describe her delivering formulaic speeches at annual or national gatherings.

In the 1980s, Mozambique suffered extensive death and destruction in a war waged by anti-Frelimo guerrillas funded by then-apartheid South Africa. In 1986, Samora Machel was killed in a suspicious plane crash that many blamed on South African interference. Observing conditions in Mozambique during that war, she began working on projects related to the war’s impact on children and was invited to write a report for the United Nations on that topic.[2] That work, published in 1996, brought her to greater acclaim, and she became influential in international organizations related to children and development.

The apartheid system in South Africa ended in 1990, when Nelson Mandela was released after twenty-seven years in prison. Democratic elections were held in 1994. Graça Machel met Nelson Mandela and they eventually married in 1998. There is a thriving literature on African first ladies, but I hope to emphasize her own work rather than her marriages.[3] Most other first ladies became active because they were first ladies, and they were able to initiate development projects as a result of that position. Graça’s engagement and activism began before she was a first lady, and her contributions to the United Nations occurred in the twelve years between her two marriages.

But the problem remains—how to write about a woman who is most widely known for her marriage or marriages? Graça is certainly talented, a leader in her own right, and one of the most important women in Mozambique’s history. She is well-known in South Africa for her fifteen years as their first lady, the third wife of their beloved president, Nelson Mandela.[4] In both relationships, she joined complicated families with children from her husbands’ prior marriages, but she has been strenuously private about her family life. Shireen Hassim commented in a podcast about Winnie Mandela (Nelson Mandela’s second wife), “Was Winnie no more than the wife of Nelson Mandela? Who would she be without him?”[5] This question can be applied to many women who marry prominent men; the marriage often both shapes and eclipses the achievements of the wife. In Graça’s case, I believe she would have been much the same person, though with a somewhat lower profile, and that is why I hope to write about her life without those marriages at the center.

I was fortunate to have met Graça Machel on two occasions. In the 1980s, I was involved with the Mozambique Support Network, a US-based group that worked to increase knowledge about the internal war and to end the United States’ support for the apartheid regime. Graça toured the US in 1989, and we arranged for her to speak at UCLA and other venues. I met with her again later that year, when I was hired by the US Agency for International Development for a month-long consultancy on women in Mozambique. Graça invited me to tea one afternoon, and we spent a couple of hours talking about women and other issues. I have kept in touch on occasion since then, and I plan to reconnect with her for this project.

Her current activities focus on violence against women. This attention is not new but has renewed urgency following an incident in 2015 when her adult daughter, Josina, lost her sight in one eye as a result of an assault by her partner. In July 2020, Mozambique’s Higher Appeals Court dismissed the case on the grounds that there was no witness to confirm who was at fault. The reasoning for such a ruling is obviously detrimental to victims of domestic violence in general, who are very rarely assaulted in front of witnesses. The case has drawn widespread attention in Mozambique and South Africa, and both Josina and Graça have spoken out about it on many platforms.[6] For Graça Machel, twice widowed and deeply involved in community issues throughout her life, family and political commitments have intersected in a brutal manner, and she continues to lead with her incisive analysis.

Kathleen Sheldon has been a Research Affiliate at the Center for the Study of Women for over thirty years. Her most recent publications are African Women: Early History to the 21st Century (2017) and Historical Dictionary of Women in Sub-Saharan Africa (2nd edition, 2016), which was a co-winner of the Conover-Porter prize for an outstanding reference work, presented by the Africana Librarians Council of the African Studies Association. She is a recipient of a 2019-2020 Tillie Olsen Grant.

[1] Although using first names to refer to such eminent people may appear to be overly casual, I want to avoid the confusion of having two individuals surnamed Machel, who in standard usage would be called by that shared name. Samora Machel is commonly referred to as Samora and Graça Machel is familiarly known as Mama Graça in Mozambique, so I will use their first names in this essay. This practice also follows the use of first names when writing about Nelson Mandela and Winnie Mandela (see footnote 4).

[3] A special issue of Politique Africaine focused on Francophone African first ladies, no. 95 (2004); Jibrin Ibrahim, “The First Lady Syndrome and the Marginalization of Women from Power: Opportunities or Compromises for Gender Equality?” Feminist Africa 4: 1-18 (2004); C. A. Ogadimma and T. W. David, “Cultural Confrontations, Women Navigation into Peace Process and the Role Lessons for Africa First Ladies,” Journal of Political Sciences and Public Affairs 5, no. 1-2 (2017); Sarah E. Watkins and Erin Jessee, “Legacies of Kanjogera: Women Political Elites and the Transgression of Gender Norms in Rwanda,” Journal of Eastern African Studies 14, no. 1 (February 2020): 84-102; and see memoirs such as Oluremi Obasanjo, Bitter-Sweet: My Life with Obasanjo (Lagos: Diamond Publications, 2008).

[4] Nelson Mandela’s second wife, Winnie Mandela (1936-2018), had a very public political life of her own, though their decades-long marriage (until they divorced in 1996) often takes pride of place in biographies about her. Shireen Hassim addresses this issue in “Not Just Nelson’s Wife: Winnie Madikizela-Mandela, Violence and Radicalism in South Africa,” Journal of Southern African Studies 44, no. 5 (2018): 895-912, and Shireen Hassim, “The Impossible Contract: The Political and Private Marriage of Nelson and Winnie Mandela,” Journal of Southern African Studies 45, no. 6 (2019): 1151-71. See also Brenna M. Munro, “Nelson, Winnie, and the Politics of Gender,” in Cambridge Companion to Nelson Mandela, ed. Rita Bernard (Cambridge University Press, 2014), 92-112; and Winnie Mandela’s own memoirs, Part of My Soul Went with Him, ed. Anne Benjamin (New York: W. W. Norton, 1985) and 491 Days: Prisoner Number 1323/69 (Athens: Ohio University Press, 2013).