Funded by Dr. Pat Zukow and CSW supporters, CSW’s Tillie Olsen Research Affiliates Grants honor the memory of a writer who documented the silences imposed on women by family and work responsibilities and financial need and provide funding to support exceptional research and projects by CSW Research Affiliates. The Research Affiliate Program supports selected independent scholars, local to the Los Angeles area, who are conducting research on women, sexuality, or gender and have limited institutional access to a research community.

Congratulations to the 2018-2019 grant recipients! 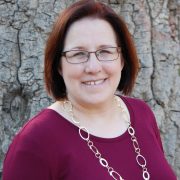 Kristine Ashton Gunnell completed her Ph.D. at Claremont Graduate University in 2010, and she specializes in Women and Gender in the American West.  She also received an M.A. in History from the University of Michigan in 2001, and a B.A. from Brigham Young University in 1999. Gunnell completed her first book, Daughters of Charity:  Women, Religious Mission, and Hospital Care in Los Angeles, 1856-1927, published by DePaul University Vincentian Studies Institute in December 2013. She was awarded the Tillie Olsen Grant for her book, The Daughters of Charity Foundation and Systemic Change, 1984-2015.

Becky Nicolaides received her Ph.D. in History from Columbia University in 1993. She is a historical scholar, writer, and consultant. She serves as co-editor for the “Historical Studies of Urban America” series published by University of Chicago Press and is the co-coordinator of the L.A History and Metro Studies group at the Huntington Library. Her book project, On the Ground in Suburbia: A Chronicle of Social and Civic Transformation in Los Angeles, 1945-2000, explores how patterns of social and civic engagement have changed in suburban communities since 1945, with a particular focus on the Los Angeles communities of Lakewood, Panorama City, Lancaster, South Gate, and others. 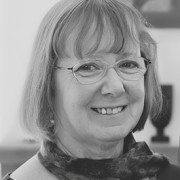 Kathleen Sheldon received her Ph.D. in History in 1988 and her M.A. in African Area Studies in 1977, both from UCLA. She is a historian who has primarily written about African women and Mozambique. Her most recent publications are African Women: Early History to the 21st Century (2017) and Historical Dictionary of Women in Sub-Saharan Africa (2nd edition, 2016), which was a co-winner of the Conover-Porter prize for an outstanding reference work, presented by the Africana Librarians Council of the African Studies Association. CSW awarded her a Tillie Olsen Grant to attend the Western Association of Women Historians Annual Conference.