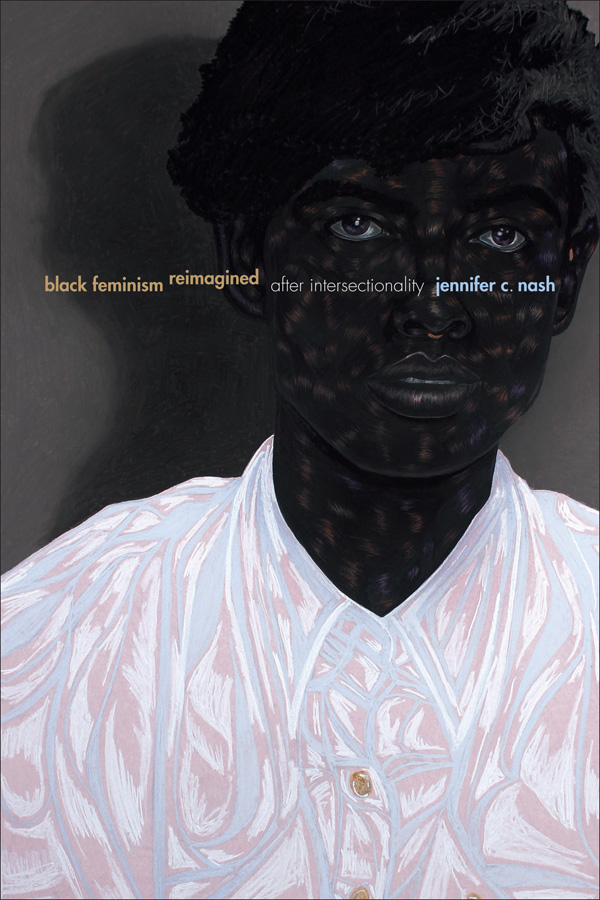 In re-imagining the ways in which Black feminists can relate to the “critic” and the practice of “critique” by letting go of the territorial hold over intersectionality as an analytic, Nash highlights the danger of collapsing critique into a singular figure and the labour of Black feminist rescue that often “presumes the critics’ omnipresence yet refuses to name specific critics” (50). Reading sideways, Nash argues, is a strategy that could provide “a new genealogy that neither rejects nor accepts intersectionality but instead sidesteps it entirely” (55). Here reading sideways allow us to engage in a citational practice that does not call for intellectual originalism. Nash describes reading sideways as “a performance of ambivalence made manifest through silence” (55). Nash makes a provocative claim by arguing that “Black feminists produce the critic rather than expose the critic” (56) by casting them as an outside to the field of Black feminism. In this rhetorical move, she invites us to treat the critic as a loving, generous figure who offers a different way of approaching Black feminism.

Using Jasbir Puar’s concept of assemblage as an example, Jennifer Nash interrogates how Puar is framed as the only critic and how that framing is “secured and sutured through both her body and her imagined identity” as outside of Black feminism as a non-Black scholar (53). She compares Puar’s status to her own by showing how their “respective “critical” projects are differently described, circulated, and received in the field” (53). Naming her position as a Black feminist and a Black woman, she writes, “my critiques of intersectionality are imagined as practices of love and affection rather than hostility and are thus treated with a kind of generosity” (54). Nash wraps this chapter up by inviting us to treat the critic as a loving figure that is generous and offers a different way of approaching Black feminism that does not lock us into a proprietary relationship with the analytic. This means reimagining the inside and outside of Black feminism, which pushes us to “interrogate how our anticaptivity project has become its own boundary-policing exercise” (58).

I deeply admire Jennifer Nash’s bold argumentation, which is informed by an extensive and careful engagement with key texts on intersectionality, care, Black feminism, and critical legal studies. Bringing together scholars from multiple disciplines, she persuasively activates letting go as a means to reimagine Black feminist’s intellectual production that opens up new worlds and new possibilities. For example, in her third chapter, “Surrender,” she brings together transnationalism and intersectionality in the history of women’s studies via the history of the National Women’s Studies Association (NWSA) as women’s studies’ institutional home. Nash imagines a new story for the two concepts, one where they are not antagonistic but rather intimately conjoined. In this context, Nash explores Black feminist surrender of intersectionality, proposing that a strategy of letting go can become a deliberate practice of freedom. This practice of letting go “surrenders [intersectionality’s] exclusive investment in Black woman and emphasizes the analytic’s capacity to speak to ‘women of color’ broadly” (104), which “opens up new intimacies and locates political promise in a revitalized intimacy that is radical” (110). Doing so, we can move beyond defensiveness and tell different stories of what Black feminism can do, beyond corrective labour. While I believe in the potential of surrendering and deeply admire Nash’s care-full engagement with the potential of letting go, I am hesitant to agree that defensive postures are not a form of Black feminist agency or that there is only one monolithic investment in Black feminists’ investments in intersectionality. Furthermore, I must ask – are we all equipped with the tools to let go? Should we all let go or should some of us hold on?

Wei Si Nic Yiu is a PhD student in Gender Studies and a Graduate Student Researcher at CSW. They were the recipient of CSW’s Irving and Jean Stone Recruitment Fellowship in 2018.