Join us at Thinking Gender 2019: Feminists Confronting the Carceral State on Friday, February 22 at the UCLA Luskin Conference Center!  Colby Lenz will speak on the Keynote Panel, Abolitionist Feminist Futures, alongside other distinguished scholar-activists.

Conference information is available at http://csw.ucla.edu/tg19.

Thinking Gender 2019: Feminists Confronting the Carceral state is an event meant to center the scholarship of Black and Brown, queer, trans, and gender-non conforming peoples creatively considering the gendered violence of our carceral world, past and present. The keynote panel is meant to demonstrate the capaciousness of the study and action of prison abolition. The space is an academic one, but not limited to scholarly interventions, as the central tenants of an abolitionist approach are: to keep the human dimension of incarceration in clear view; to question the naturalness of prisons as a necessary and rational solution to harm; and to recognize that the prison is not an isolated institution. Thus, those invited to speak on the keynote panel represent a distinct group of scholars and community organizers who seek to approach abolition through the centralization of humanity, dignity, and community. The prison industrial complex touches all facets of life, and, often, death on this planet so naturally discussions of its eradication must operate widely and intentionally. Our keynote panel will demonstrate a variety of necessary approaches and orientations to the carceral state and gendered carceral violence. 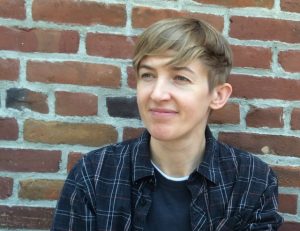 A Davis-Putter scholar and Ph.D. candidate in American Studies and Ethnicity at the University of Southern California, Colby Lenz researches criminalization, gender violence, and social movements in California, with an emphasis on life and death-term criminal sentencing and the ethical contradictions and social movements that emerge from these conditions. This work is situated at the intersections of poverty, abuse, racism, sexism, and transphobia and incorporates and centers the analysis of imprisoned people in California’s women’s prisons, including survivors of gender violence and movement organizers who are serving life and death sentences.  Lenz’s research is supported by in-depth interviews with incarcerated women serving life without parole, what Lenz calls a walking death sentence.1

Lenz’s research is informed by activism. As a long-time organizer and legal advocate with the California Coalition for Women Prisoners (CCWP), Lenz works directly with people incarcerated in California women’s prisons. CCWP is a grassroots social justice organization with currently and formerly incarcerated members that challenges the institutional violence imposed on women, transgender people, and communities of color by the prison industrial complex. CCWP centers racial and gender justice in the struggle for abolition. Lenz is also a co-founder and organizer with Survived & Punished, a national coalition that includes survivors, organizers, victim advocates, legal advocates and attorneys, policy experts, scholars, and currently and formerly incarcerated people. This organizing project seeks to de-criminalize efforts to survive domestic and sexual violence, support and free criminalized survivors, and abolish gender violence, policing, prisons, and deportations. One primary ongoing and active campaign urges California Governor Jerry Brown to decriminalize survival and commute the sentences of all survivors of domestic and sexual violence.