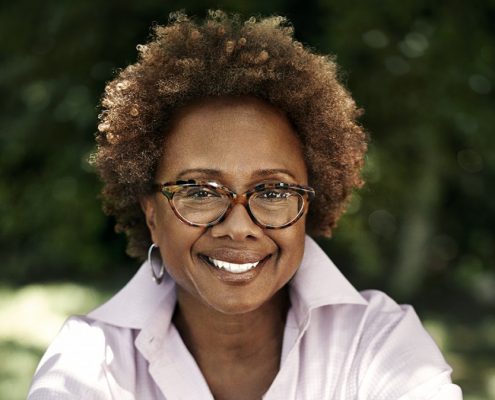 Paula Williams Madison will give the keynote address at CSW’s 2018 Awards and Benefit Luncheon.

Equity and representation are among the most pressing issues facing the entertainment industry–particularly in the wake of the Time’s Up movement and calls for increased diversity at all levels of the media. But these battles aren’t new. CSW’s 2018 Distinguished Leader in Feminism Awardee Paula Williams Madison has been hard at work since long before Time’s Up to make the media more diverse.

Madison’s career has been marked by notable firsts. As president of KNBC, she was the first Black woman to head a major news network. From there, she went on to become NBC Universal’s Executive Vice President of Diversity. In that role, she was not only one of the few black executives in a leadership position at a major American media company, but she was also the first leader at NBC Universal with a portfolio dedicated to diversity issues. In addition to achieving these important milestones, as the former owner of the LA Sparks Madison supported women basketball players who have been role models to athletes of all genders.

Prior to her leadership work at NBC Universal, Madison was a Peabody Award-winning journalist. She returned to journalistic work after her retirement, publishing Finding Samuel Lowe, a memoir that explores her family’s Jamaican and Chinese history and in so doing, challenges assumptions about race and identity. The book is also a story about the resilience required of women of color in the United States. “I was raised by a warrior woman,” Madison says of her mother’s life as a mixed-race immigrant in the United States. Madison’s story of uncovering her lost family history has also been told in a documentary film:

Throughout her career, Madison has challenged journalists to be involved in their communities and tell better stories that more accurately encapsulate diversity of experience. Otherwise, she argues, “you will not be able to have the perspective of the people who need our help for truth-telling.”

CSW is honored that Paula Williams Madison will be joining us to give the keynote address at our Award Luncheon and Benefit on Thursday, May 31 at 12:00 PM at the UCLA Luskin Conference Center. In recognition of her diversity work, CSW will honor her with the 2018 Distinguished Leader in Feminism Award. Come join us and celebrate Paula Williams Madison, our 2017-2018 Award Recipients, and CSW’s recent achievements! Tickets and more information: https://csw.ucla.edu/event/csw-awards-luncheon-2018/