Being Kawaii in Japan

Japanese femininity is frequently associated with the notion of kawaii, or ‘cute’ (Kinsella, 1995), which some view as a required or natural quality for a Japanese woman, linked to her place in society (McVeigh, 1996). The term kawaii is regarded as an important “affect word”, connected to femininity (Clancy 1999). According to Yomota (2006), Japanese discourse on cuteness appeared as early as the 11th century with Sei Shonagon’s Makura no soushi (The Pillow Book) and continued in the literature and theatrical performances of the Edo period. Later it was picked up in the stories of Ozamu Dazai, and finally became a self-sufficient science of aesthetics, which can be found in everyday life in Japanese society (Yomota, 2006). In the 1970, the boom of kawaii was especially visible, gradually spreading in Asia and Western countries through Japanese animation and cute-looking commodities. This boom turned out to be a long-lasting social phenomenon (Burdelski and Mitsuhashi, 2010:67). One cannot escape from the intense cuteness of “acres of wide-eyed little girls, aisles of cuddly animals screens full of cute little monsters, all in kindergarten colors” which seem ubiquitous in Japan (Richie, 2003:53).

So, what exactly is kawaii? The concept of kawaii cannot directly be translated as cuteness, because it represents more than just the dictionary definition of something that is “attractive by reason of daintiness or picturesqueness in manners or appearance, as a child or a small animal,” (Richie, 2003:53). Okazaki and Johnson (2013) have suggested that kawaii can be translated as “beautiful, lovable, suitable, addictive, cool, funny, ugly but endearing, quirky and gross,” describing adorable physical features that kids and animals have, and anything that provokes feelings of love and motherly instincts to care and protect (7). Interviews with Japanese high school girls reveal that “kawaii connotes sweetness, dependence and gentleness,” which are linked to childhood in the minds of young Japanese women (Allison, 2006).

In order to better understand the difference between the Japanese word kawaii and its supposed English equivalent, “cute”, I first typed cute in English in Google images. A vast number of different small animals appeared, as captured in the Figure 1 below.

These pictures represent a typical understanding of “cuteness” in the Western culture. Next, I typed kawaii in Japanese characters (可愛い) into the Google browser. This time, instead of cute animals, numerous pictures of young sexualized women appeared, as depicted in the Figure 2 below.

Thus, although cuteness can be attributed to anyone regardless of gender, it is women, in particular, who are expected to appear kawaii. Psycholinguistic interviews have indicated that preschool girls are more likely than preschool boys to view themselves as kawaii (Tomomatsu, 1994). Furthermore, this ratio increases drastically from 3:1 among children at three years of age to 9:1 among children aged six (Tomomatsu, 1994), suggesting that, from early childhood, Japanese people are socialized into the expectation that women must be kawaii (Budelski and Mitsuhashi, 2010: 68). Being kawaii is considered desirable in many aspects of young women’s fashion, manners, and communication in Japanese society (Asano-Cavanagh, 2014), and researchers have found that many prefer being called “cute” over being called “beautiful,” “sexy,” or “gorgeous” (Okazaki and Johnston, 2013: 8). It is a highly valued attribute associated with Japanese women across age groups, yet connected with innocence and childishness (Richie, 2003: 54). 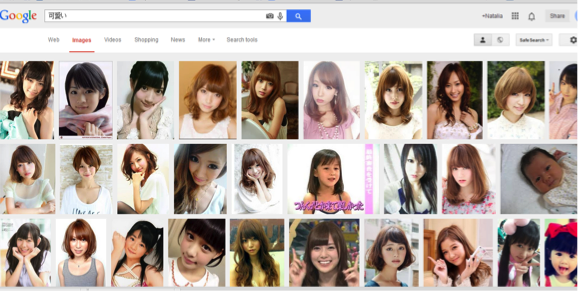 Feminist linguists have argued that the fascination with cute and immature femininity contributes to the stereotype that women are different from men – fragile, incompetent and unable to take initiative – and thus impedes women’s social opportunities (Asano, 1996). Moreover, if a woman performs kawaii to the extent that it seems insincere, she can be labelled burikko, or “a woman who plays bogus innocence” (Miller, 2004: 149). The burikko cuteness is stereotypically characterized by exaggerated display of childishness, such as a nasalized, high-pitch voice, baby talk register and lifting hands to the cheeks when smiling (Miller, 2004). On the other hand, if a woman’s speech or behavior deviates from prescribed femininity, she is then at risk of being called oremeshi onna or ‘me-food woman’. Ore ‘I’ and meshi ‘food’ represent traditional male language forms, which parody an autocratic husband’s command that his wife feed him. This term is used to designate a group of women who (putatively) utilize hyper-masculine forms of conduct (Miller, 2004:162). This double standard toward women is reminiscent of Robin Lakoff’s deficiency theory of language, in which she argued that women are blamed regardless of whether they abide by or deviate from the conventions of gender-normative speech (Lakoff, 1975: 41).

Using feminist linguistic theories, I analyze how women’s voices are exploited in media to create various types of femininities, including the helpless femininity of kawaii. I then analyze women’s real words and discourse as they engage in discussions of femininity and women’s language, exploring how the gender stereotypes depicted in media are manifested, evoked, asserted, and rejected in the women’s speech. As of 2016, Japan still occupied 111th place out of 144 countries in the “Global Gender Gap Report” of the Economic World Forum (11), and systematic expectations that women embody kawaii are hardly useful in promoting gender equality in the country.

Natalia Konstantinovskaia is a PhD candidate in the department of Asian Languages and Cultures. Natalia is interested in sociolinguistic research on gender in Japan and Russia. In her doctoral project, she explores media-circulated images of femininity, the agency of Japanese and Russian women in their 20ies, and their real language. Her work questions the degree to which contemporary theories of gender and indexicality are applicable in cross-cultural contexts, as well as the extent to which these frameworks can inform our understanding of gender in Russian and Japanese societies. Natalia received her B.A. from the Far Eastern State University of Humanities in Khabarovsk, Russia and her M.A. in Japanese Linguistics from UCLA. She received a CSW Travel Grant in Fall, 2016.