Asserting vulnerability is tiring and difficult, both to do and to help others understand. This is precisely the work of Chemical Entanglements’ two participating artists and thinkers, artist and poet Peggy Munson and Jesse Cohen of the collective, Canaries. In both sharing their work and speaking about their practice of creating creative work out of and around illness, they speak their experiences into existence within a context that silences the causes behind the diseases they suffer from. Most of the efforts of speakers at Chemical Entanglements straddle scientific research, community organization and activism and advocacy at the policy level by necessity, both because of political and commercial interests which deny their own culpability in subjecting vast populations to toxic substances, and through the inability of existing scientific and social narratives of health, illness and agency to do justice to the experiences like Cohen’s and Munson’s. Both Cohen and Munson place their experience of illness at the center of their efforts to create and share information about the causes and effects of chemical exposure, and in doing so, both perform what is needed to render themselves legible by society at large. 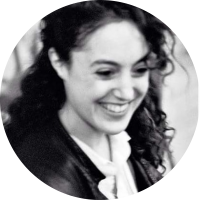 The Canaries manifesto, authored by Cohen and several other members of the collective, asks the question, “How can we be legible when dominant language excludes us?” “Can there not be, in some way, a new science for every person?” Canaries is a support group and artists collective in New York City who live and work with autoimmune conditions. In each other Canaries found the kind of support and validation denied to each of them through the assumptions of health professionals, families and friends who belittled their experiences and conditions as a whole. Critically, their work is a challenge to the epistemological failures that insist on a duality between mind and body, and which rely on individualist and heroic narratives of health that cast blame on the sick for their own illnesses. Through collaborative installations at galleries and spaces in New York City, Canaries facilitate spaces that center experiences of illness and which invite the public to critically engage with themselves and invisible illnesses suffered by our peers and loved ones. Canaries privileges its audiences with a view from the inside of illness, which is also a view that implicates the audience in commonalities of exposure to chemicals. At Chemical Entanglements, Jesse Cohen will engage Canaries’ work as a process of personal and collective creation and societal critique. 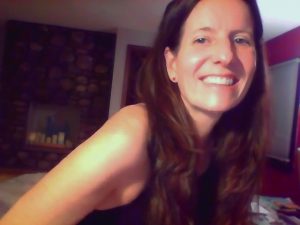 Peggy Munson situates her experiences with myalgic encephalomyelitis within the long history of toxicant-related disasters and illnesses in the United States. Her work draws out both the spectacular cruelty and negligence enacted through the industrial uses of chemical toxicants, and she also points to their ubiquity–the stifling environment as she encounters it, riddled with chemicals that can each make her deathly ill. Her work has been critical in informing larger audiences about the effects and experiences associated with chemical sensitivity, Chronic Fatigue Syndrome and autoimmune conditions. For example, her anthology, Stricken: Voices from the Hidden Epidemic of Chronic Fatigue Syndrome has been lauded by critics and the general public alike. Her artistic practice continually places the illnesses she suffers at the center, because she must. Her experiences, and the experiences of others whose voices we hear through her work, Munson delivers to her audience a narrative that is excluded from dominant health discourses. At Chemical Entanglements, she will premiere a new poem, “Paean to Bicillin L-A ® and the End of Harry Harlow’s rhesus monkey experiments,” that ties her experience of illness and exposure to the larger histories of chemical exposure, experimentation, and medical consent in the United States.