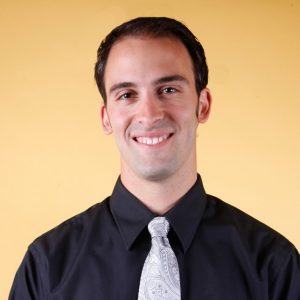 A specialist in Air Pollution Exposure Assessment  and Epidemiology at UC Irvine, Shahir Masri works closely with allergist and immunologist Claudia Miller. Their collaborative work embodies physicist and historian Thomas Kuhn’s maxim that “the scientist who embraces a new paradigm is like the man wearing inverting lenses…[he] has undergone a revolutionary transformation of vision.” Miller and Masri’s new paradigm is TILT, or “Toxicant Induced Loss of Tolerance.” TILT, they argue, holds that a large range of chronic conditions (like the poorly named “Chronic Fatigue Syndrome”) are linked to daily exposure to low doses of synthetic chemicals, chemicals that have been in mass production since (and often because of) World War II. Miller argues that TILT is the third major theory of human illness, after germ and immune theories. In an interview with Nautilus, Miller said that, “Today, a novel class of illnesses is on the rise, and neither theory sufficiently explains it. TILT shows how a person can have a toxic exposure and never recover. Exposures trigger a bewildering array of symptoms that many people never trace back to synthetic chemicals in their daily life.” While triggering exposures can run the gamut from inhaling the fumes of oil spills to ingesting large doses of pesticides, many of the low-dose chemical exposures that keep those who experience TILT unrelentingly ill are chemicals they are exposed to in and around the home. Whether or not you believe that TILT is the next advance in the theory of illness, the quiet and often confusing, multi-causal nature of chronic illnesses means that they are often discredited, making it harder to both receive care and to prosecute companies that manufacture or use such chemicals.

Quotations from Claudia Miller above were taken from her interview with Nautilus. To read the full article, see Nautilus, “Is The World Making You Sick?”