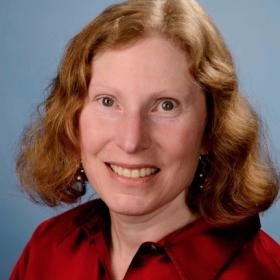 Andrea Gore is a Professor in the University of Texas’ College of Pharmacy, Division of Pharmacology and Toxicology, where she studies how reproduction is controlled by the brain, and how that neural control is in turn impacted by the environment. In the Gore Lab at University of Texas, Dr. Gore and her colleagues study two complementary research questions that relate the brain to hormones and reproduction, and which in turn examine the effects the outside world has on reproduction and the production of sex hormones through the brain. While their first project focuses on what role the brain plays in reproductive processes, such as menopause, their second research project looks at how endocrine-disrupting chemicals influence how the brain produces sex differences that develop early in life. Through impacting the production of hormones–primarily of estrogen–the brain affects how our bodies and our fetuses bodies develop. Her lab has published evidence that the “expression of…genes and proteins” in the hypothalamus (the part of the brain that Dr. Gore studies) are “permanently disrupted in adulthood due to fetal exposure to very low levels of endocrine-disrupting chemicals.” These disruptions, the Gore Lab found, were also seen in the grandchildren of rats used in their studies, and were significantly linked to dysfunctions in reproductive physiology and behavior. “Most work to date has focused on the ovary as being the primary site of reproductive failure,” Dr. Gore said in an interview with UT News. Looking at the brain’s role in reproduction and the environmental impact of chemicals on how our bodies develop sex hormones gives us a more holistic picture of both ourselves and our environment. Dr. Gore is the editor-in-chief of the journal Endocrinology. Her talk at Chemical Entanglements will focus on endocrine-disrupting chemicals like PCB’s (polychlorinated biphenyls) and their role in reproductive failure.