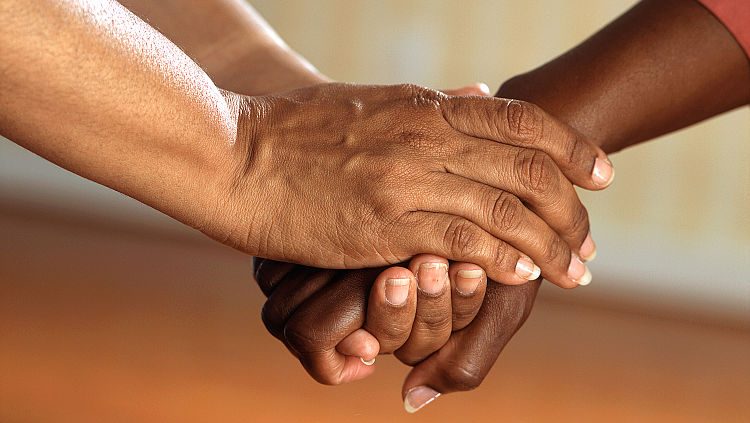 Ogoni Women of Nigeria in the US: Migrating a Movement

I remember we used to sing a song in the refugee camp in Benin, a rendition of Ladysmith Black Mambazo’s song that went something like this: “Homeless, homeless, we are homeless in the midnight day.” Those are the words I remember. We would melodize and harmonize till our hearts spilled on the red dirt that was our new soil–a drastic shift from the nutrient-rich brown we had known back home. The song captured our current state after the then-military dictator of the Nigerian federation had sought to kill our people, the Ogoni, for demanding our rights through a nonviolent struggle we called the Movement for the Survival of the Ogoni People (MOSOP). We were fighting for the government and the multinational oil companies to give us a fair share of the proceeds from the oil drilled from our lands. The government’s response was to send military troops to silence the unarmed people. Many fled to neighboring countries including Benin. Little did not think then of how migration, which was to supposed to bring us to safer grounds, would bring its own challenges that might threaten everything we were fighting for.

The Ogoni movement (1990-2017) has become a key example of civil resistance in postcolonial Africa, yet women’s role in the movement continues to be ignored. My research tells of women’s reasons for fighting in the broader movement and explores their varying uses of nonviolent strategies to wage their fight. I examine the reasons why and the ways in which women who formed the Federation of Ogoni Women’s Association (FOWA), an affiliated group, incorporate their concerns and values into the broader Movement for the Survival of the Ogoni People.

Today, decades later in the United States, where many Ogoni people were relocated, I ask, what issues and concerns do women who continue to participate in MOSOP have in their new setting? This post details observations from my ethnographic study of the Ogoni population in Arizona, the largest Ogoni community in the Western United States. I have found that in addition to the concerns they fought for in Nigeria, new ones have emerged, especially those related to changes brought about by displacement, and by the new state of homelessness.

FOWA women revealed that the issues they deal with in organizing often relate to change. Immigration is often characterized by change, which in many cases means loss: loss of relationships, loss of support systems, or loss of culture. The resulting trauma of this loss can be even more pronounced in cases of forced immigration, as with refugees. Joanna, one respondent, found that over time people become more and more distant:

“If I can give a testimony when I came to this town, she comes to my house all the time. She would ask me, my sister, what do you need? Will you eat? What will you do? She’ll go to the store and buy things for me. And she does things for me. You know. Sometimes I am surprised. Let’s go out to eat. You understand? But the more I’m with this the more things are changing. And sometimes me I sit down and say what is really going on?”

Joanna grapples with the ways relationships have changed after migration and over time. She notes that when she first came to Arizona, her friend was closer to her, but as time passed, the friendship became more distant. Besides relationships, immigration affected the women’s physical proximity to support networks. Everyone stressed the impact of the distance between themselves and their relatives back home in Nigeria. Joanna expressed a wish for people to provide support through important life events: “Here is so far. Even though you say you’ll bring your people from home, time has been wasted.” Joanna echoed other women when she said that the distance from Ogoni is the reason why they must work to ensure they maintain strong relationships with one another: “That’s why I tell Ogoni people that they should look [past] no matter what happens. Let it go. And let’s come back together and work as sisters because here is too far.” As she says this, all the women nod in concurrence.

Ogoni women have taken on the cause of helping their people survive in the diaspora by working to close the emotional, physical, and spiritual gap among Ogoni people. Sunata, the oldest member of FOWA Arizona states that one of their primary purposes is to support women. “We are always there for our sisters. If anybody is sick or we’re having problems, we make sure we call, you know check on them.” Besides calling, the group will conduct visits to keep up with one another. Rita, the newest member of the group has experienced the great difference FOWA’s support can make. She had been going through a difficult family situation and FOWA members were there to care her through it. She shares the following: “I know even when they don’t have the time to reach out to me. They are always calling me to console me. Spiritually, physically, and otherwise. They’re always there for each other.” She goes on to share how the women have gone as far as to offer her a place to live as she dealt with her crisis and they always come over to make sure she has enough food. FOWA also provides spiritual support to its members by praying for one another:  “If you see the people who don’t have husbands we need to pray for them because we were doing these things when we were in the camp. We can still do it here.” This spiritual support also comes in the form of offering forgiveness for others, especially disassociated members. To have the space for women to support one another is critical because women can better understand and address one another’s woman-specific needs. Furthermore, the support that women give to one another lays an important foundation for strengthening relationships that can benefit the broader movement in that it welcomes and sustains greater participation in the organization.

Besides putting stress on relationships, immigration has made childrearing difficult. Not having the usual extended family to help with childcare results in difficult transitions: “Maybe the hardest thing is when you have children and you don’t have family. If we were back home, it shouldn’t be that difficult to raise children. There would be people to help you take care of them,” Sunata says. The women also described missing the Ogoni environment in which to train their children about Ogoni culture and language.

The protection of the Ogoni language is one of the goals of the MOSOP movement and a main priority of the women of FOWA who support each other in raising their children. When they come together, they use the opportunity to help their children practice the Ogoni language.. Sunata says “I go to the meetings so my children will grow up and take it up. Keep the dream going.” This dream includes ensuring the children can speak an Ogoni language:

The women also ensure their children meet one another in order to help them establish a social network  for one another. Joanna says, “So if something happens to me or my children . . . you want your own people to take your child and sit them down and advise them because this is all our children. We need the future of our children.” No where may the Ogoni language be more threatened than in the United States where many Ogoni children reside outside an Ogoni environment. Women’s persistence in getting the children to meet and practice the tongue thus does much to fight for this maintenance of Ogoni dialects and cultures.

FOWA Arizona addresses new issues in addition to those resulting from the original Ogoni Struggle. For the women of MOSOP Arizona, supporting one another as women and assisting  each other’s childrearing efforts are important issues that have direct implications for the progress of the Movement for the Survival of the Ogoni People. In turn, this study demonstrates that studying women in movements is critical because we begin to understand important issues that often go overlooked. If an issue receives little attention, it often goes unprotected and unfought for. My work thus asks: how can movements better address women’s issues even as they fight jointly for a broader struggle?

FOWA women suggested that they needed more time to tackle the issues they care about. Because FOWA Arizona is a part of MOSOP-Arizona, most members’ time is spent at meetings with men. Catherine states that “We don’t do that much because everything we do is with the… with MOSOP.” The various concerns women have clearly require more time than a couple of isolated meetings a year. Perhaps with more time to meet and function formally as a separate body, they might better address the issues important to them that are also critical to the survival of the larger Ogoni population, especially issues further exacerbated by displacement.

Domale Dube Keys is a graduate student in the UCLA Graduate School of Education and Information Studies. She was the recipient of a CSW Travel Grant in Fall, 2016.