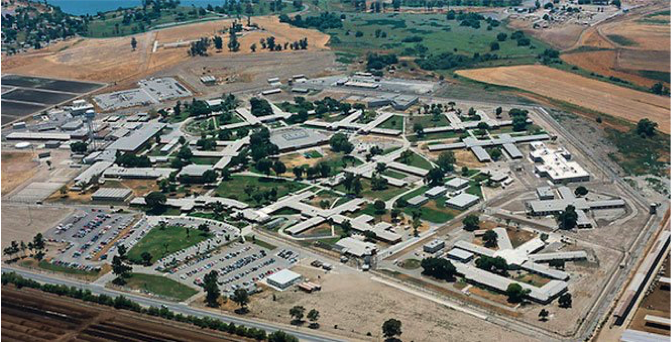 Campus of the California Institution for Women in Chino, CA

The unprecedented prison building project and the booming population of incarcerated individuals in the United States, and in California in particular, is a relatively recent social phenomenon with longstanding colonial and white supremacist roots. In fact, the prison population has increased more than tenfold since the mid ­1970s with as many prisoners in California now as there was in the entire country then (Davis & Shaylor 2001). Incarceration has provided a convenient solution for many social crises caused by the state by producing both ideological and physical spaces where non­-citizens and criminals may belong (Davis 2003). Some scholars and activists have used their work to illustrate how the divestment in the social programs of the Progressive Era has led to the conditions for California’s massive prison buildup by creating surpluses in capital, labor, state capacity, and land (Gilmore 2007, Hartnett 2008). While incredibly valuable, much of this abolitionist work obfuscates how the dispossession of Indigenous land is what has provided the raw materials for capitalism to function in the state. Put simply, there would be no prison­ industrial complex without the ongoing appropriation of Native land. 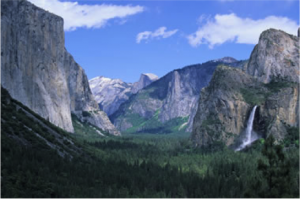 Of particular importance to settler claims to land is the concept of Terra Nullius which is the ideology that since the land was not owned by European Christians it was empty and available for conquest (Apffel­-Marglin 2011, Getches 2011). This settler legal fiction provides the ideological foundation for the contemporary iteration of wilderness. In my work I discuss how the development of state and national parks and the National Park Service eradicated Native land tenure and how this practice persists (Apffel­-Marglin 2011, Spence 1991). I also discuss how settler conceptions of proper land use were (and are) tied to civilizationist notions of capitalist productivity (Deloria & Lytle 1983) and patriarchal domination (Justice 2013, Rifkin 2013). These analyses necessitate a critical reading of conservation laws such as the Organic Act of 1916 and the Wilderness Act of 1964 alongside Federal Indian Policies like the General Allotment Act, Public Law 280, and the Rancheria Termination Act.

Much like the settler construct of wilderness, the capitalist treatment of land as a natural resource for economic development also depends on Indian removal and dispossession. Both of these settler ideologies form a wilderness/natural resource binary which divests land of its spiritual characteristics, removes Native people from the landscape, and primes land for capitalist production. As a result of the wilderness/natural resource binary, California Indian peoples are systematically erased and their land is made available for economic exploitation through agriculture or extractive industries (Baldy 2015). Once the value of the land depreciates due to changes in the global market it becomes a surplus to capitalism and a convenient place for the state to invest in prison building (Gilmore 1999). In this way this binary, predicated on dispossession, enables the development and perpetuity of the prison­ industrial complex. The goal of my work is to emphasize that settler appropriation of Native land facilitates the erasure of Native peoples and simultaneously legitimizes the settler state by providing land wherein the institutional violence of the prison­ industrial complex can exist.

It is important to provide an economic and legal context for how the settler state has divested Native peoples of their land. Reading the timeline of Federal Indian Policy alongside the economic history of California is crucial to revealing how the dispossession of Native peoples enables the contemporary carceral regime. During the termination era of Federal Indian Policy, which began in 1953 and ended during the mid-1960s, the state of California’s economy was shifting. Indian peoples, who had recently been divested of their Indian status, lost their land and were relocated to urban centers like Los Angeles. California Indians who remained on tribal land had to contend with Public Law 280, which extended the state’s jurisdiction to reservations and rancherias with detrimental consequences (Ross 1998).

As Ruth Wilson Gilmore’s work makes clear, relocation was happening at a time when there was massive migration to California and the existing economy was entering a period of crisis. Federal Indian Policy made California Indians vulnerable to further economic violence, and eventually to the expanding prison system. While Gilmore’s analysis of the decades long economic crisis in California is essential to understanding the prison industrial complex, she fails to interrogate prison building as part of an ongoing settler colonial project. Gilmore’s Marxist analysis of economic crisis in California explores the creation of four surpluses: land, labor, state capacity, and capital (2007). However, discussing these as surpluses makes invisible the experience of Native peoples and how colonization creates the very material conditions of California that Gilmore analyzes.

Part of denying a future for Indian peoples has been about disrupting their relationship to the land, which was first accomplished with the legal fiction of Terra Nullius. During the onset of colonization the ideology of Terra Nullius justified the invasion and occupation of Native land (Miller 2010). Terra Nullius, which derives from Latin for land belonging to no one (Echo-Hawk 2010), indulged in a settler fiction which stated that the land that they were invading was unowned. It would be impossible to deny the existence of Native peoples given their presence in every region of the Americas, but since the land was empty of non­-Christian people it was considered unoccupied (Getches 2011). This colonial falsehood was fabricated by settlers in order to give credence to their claim that God had delivered them to this place and that it was their destiny to live here and exert dominion over the land. Settlers often compared the land in the Americas to the Garden of Eden in order to emphasize its supposed emptiness and assert their divine destiny. California was painted as a vast and fertile land with great potential for agriculture if it were settled by those worthy of it (Rawls 1984). In fact, some early settlers published their sentiments that the American destiny was manifest in California (Rawls 1984). The falsehood of empty land continues to be used to dispossess Native peoples in the contemporary moment in the form of environmental preservation and conservation movements (Spence 1991). 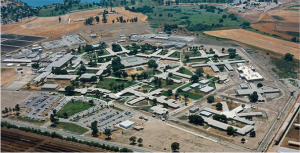 Campus of the California Institution for Women in Chino, CA

In this work I have emphasized the wilderness/natural resource binary which informs settler relationships to land. For settlers this land is not spirited, it is either an unpeopled wilderness from which they gain their sense of American identity or it is a natural resource to exploit in order to grow the capitalist economy. This settler conception of land is predicated on Native dispossession and allows for the perpetuity of the prison ­industrial complex. In California, the largest prison building project in the history of the United States began only in the last four decades, leading to a tenfold increase of prisoners in the state primarily made up of poor people of color. While the actual building and expansion of the carceral regime in California accelerated in the last forty years, it should also be remembered that practices of incarceration in the state began with California Indians and the mission system.

These prisons, where unspeakable acts of violence occur, are only possible because of the ongoing dispossession of Indian land in the state. This fact is largely overlooked by prison abolition activists and scholars who have yet to add a significant engagement with settler colonialism to their work. It is also essential that California Indian Studies engage with abolition since incarceration threatens the sovereignty of Native nations (Lumsden 2016). The stakes of this work are high, our future as California Indian peoples depends on it.

My intention here is to provide a summary of two logics of dispossession and how they have created the opportunity for the development of the prison­ industrial complex.With this discussion I hope to have made clear that settler appropriation of Native land facilitates the erasure of Native peoples and simultaneously legitimizes the settler state by providing land wherein the institutional violence of the prison ­industrial complex can exist.

Stephanie Lumsden was the recipient of a Travel Grant from the UCLA Center for the Study of Women in Fall 2016.

Echo-Hawk, Walter R. (2010). In the Courts of the Conquerer: The 10 Worst Indian Law Cases Ever Decided. Colorado: Fulcrum.

Hartnett, Stephen. (2008). The annihilating public policies of the prison ­industrial complex; or crime, violence, and punishment in an age of neoliberalism. Rhetoric & Public Affairs, 11.3.

Lytle-Hernandez, Kelly. (2014). Hoboes in Heaven: Race, Incarceration, and the Rise of Los