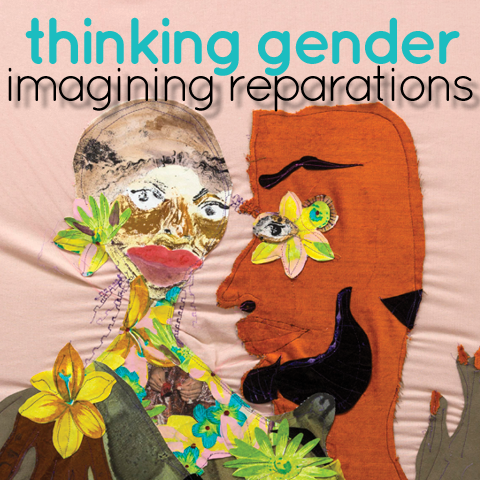 Historically spaces of inclusion, refuge and intellectual provocation, the Multimedia Salon is where we see the format of Thinking Gender change radically. The Salon will feature presentations of creative and critical work by undergraduates from UCLA, and by graduate students from Georgetown University, San Francisco State University and UT Austin. Focused around active reflection and dynamic, respectful discussion, the Multimedia Salon will be MC-ed by UCLA School of Theater, Film and Television professor Sean Metzger, in collaboration with the Social Justice Advocates 2016-2017 inaugural cohort.

The Salon as a format was formed and influenced by women of color living in Paris. The Paris salons were social spaces for the exchange of ideas that were intellectual and personal. Ida Faubert, the early twentieth century Haitian poet and novelist—whose work is featured in the work of one of our keynote speakers—found her creative voice in the famed lesbian Parisian salon, which uplifted the mutual recognition of women whose racialized and gendered experiences marginalized them from mainstream literary and intellectual society. We hope that our multimedia salon will evoke this past as a trans-temporal structure that recognizes the historical possibility of intersecting conversations as the beating heart of past, contemporary and future intellectual possibility.

Salons are creative and intellectual, rambunctious and sophisticated, sights of association and of inquiry. Featuring a salon in this year’s Thinking Gender conference focuses the work of the conference on a different objective than most conferences: on examining the association of art and theory, and of the expression and interrelation of different subjectivities in the space. The salon is a place to breathe differently, perhaps breathe more easily, perhaps breathe with excitement. It is a place of self and collective expression. There will be vibes, there will be feelings, there will be music, there will be nourishment of all different kinds. This session is highly interactive as we explore what being made whole can look like as a personal, collective and societal process. Come prepared to listen and to discuss.

“Not performed By Human Hands”

“We’ll Kick Your Ass: The Deadliest Police Force and Its Role In Kern County’s Undocumented Communities”

“Changing Stigma through Photo-voice by People living with HIV/AIDS” ”

“Perspectives on Internalized Homophobia: Qualitative Research on US and China’s LGBTQ Students and their Romantic Relationships”

For more details on the conference — and the full program — visit http://csw.ucla.edu/TG2017!