In the past few years, inequality perpetuated through the US carceral system has become a common topic of discussion and debate amongst academics, politicians, and the general public. Perhaps nowhere are these debates more salient than in the state of California, which houses the largest incarcerated population in the United States. In the most recent election, five out of 18 California ballot propositions addressed topics directly or indirectly related to incarceration; including the death penalty, felony sentencing, and ammunition possession. It seems we may finally be ready to talk about our prison problem. 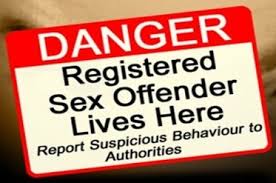 Yet, as we begin to creep forward, and as we were reminded in the recent Presidential election, progress always has its limits. In my own research on incarceration and the law, I have found that these limits often lie in the regulation of sex offenders. Even as we reduce sentencing for drug, firearm possession, and other crimes, sex offender laws in the United States continue to expand and become more severe. Since the 1996 passage of “Megan’s Law,” for example, all 50 states require sex offenders–including juveniles in 37 states–to register and provide their personal information (including pictures and home addresses) on publicly available databases, often for the duration of their lives. Most of these registries do not differentiate between the severity of different sexual crimes—in other words, someone could be on the registry if they drunkenly urinate in public, or if they rape someone—yet clearly these crimes have different implications. Perhaps of even greater consequence than the registries themselves are the restrictions on work, travel, use of the internet, and housing that come along with sex offender registration. As the result of these restrictions, convicted sex offenders often wind up jobless and homeless, sometimes even mandated to live on the street.

Registry laws work in tandem with increased mandatory minimum sentences, more discretionary power for judges to enhance sentences, and expanding probation terms and requirements. Since 1996 in California, we have also seen a reintroduction and expansion of civil commitment laws (formerly determined to be unconstitutional), which allow for certain sex offenders to be sent to mental hospitals, frequently for indefinite periods of time, after serving time in prison. Twenty states currently have some version of these laws, in addition to the federal civil commitment statute that exists.

Perhaps least known to the public are laws allowing for castration, now legal in nine states, including California. These laws mainly require what experts call “chemical castration,” or the administration of female hormones to lower testosterone and eliminate the capacity for arousal. This treatment can continue indefinitely and requires no medical oversight, despite noted health side effects such as blood clots, gallstones, and diabetes. In some states, such as California and Texas, the law also allows for surgical castration (orchidectomy and/or testiectomy). In California, testiectomy must be “voluntary”—in Texas, a judge can mandate it. 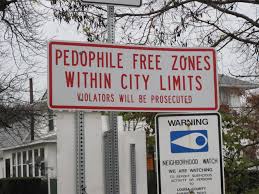 So, what do these laws accomplish? Data indicate not much. In fact, research shows, again and again, that recidivism rates are actually lower for sex offenses than for the majority of other crimes, that the greatest dangers to children and adults are found in their own homes (and at the hands of their own parents and their parents’ spouses), and that sex offender laws almost always reflect irrational fears, rather than grounded realities (Meiners 2009; Calkins 2014). Yet government funding for registering and monitoring convicted sex offenders reached over 17 million dollars in 2014 alone, the highest in the history of the United States (http://www.smart.gov/funding.htm). And private companies–including the burgeoning “polygraphy” industry–make big money off of monitoring sex offenders. Since the implementation of California’s voter-enacted Proposition 83 (“Jessica’s Law”) in 2003, all sex offenders on probation are now required to pay for and participate in regular polygraph testing, even though these tests are proven to be scientifically unreliable and inadmissible in court.

But why should we care, and why do sex offenders deserve our sympathy? Where does compassion for sex offenders fit into our discussions of criminology, sexuality, gender, and incarceration? These are difficult questions, ones that I still struggle to answer. From a legal perspective, we are a country that purports to see all people as equal before the law, that forbids cruel and unusual punishment, and that, theoretically, allows people to move forward and put their pasts behind them once they serve their time. I believe that we should not get to pick and choose when to exercise these rights just because we find one crime more distasteful than another. In addition, sex offender laws have far-reaching consequences. They encourage vigilante “justice,” undermine our Constitution, and, ultimately, distract from serious political and economic problems, police violence, and from the myriad other everyday dangers and injustices that US citizens face more frequently and personally. Yet, some sex offenders are, as people often call them, “monsters.” They are rapists, murderers, and pedophiles. Those sex offenders may deserve punishment (I would argue they deserve help, as well). But they also represent only a fraction of the individuals currently living as registered sex offenders, most of whom committed far lesser infractions. It seems, at the very least, that the punishment should fit the crime.

Rather than shunning former sex offenders, we need to reintegrate them into society, which includes providing adequate rehabilitation services both while they are incarcerated and after. “Rehabilitation” is not a polygraph test. It is comprehensive guidance, counseling, and continued support, including housing if necessary. Perhaps most importantly, we need to take a look at whether our current laws are a) effective and b) worth the collateral damage they produce. How many people are we sacrificing in the name of “protection”? As we move forward into what will likely be more polarized political times, it seems that questions such as these will only become all the more salient.

Rebecca DiBennardo is a doctoral candidate of sociology at UCLA. Her dissertation examines the legal and social history of sex offender laws in California, exploring substantive and theoretical questions regarding the changing nature of surveillance, the regulation of sexual deviance, and the expansion of the contemporary carceral state. She was the recipient of a CSW Travel Grant in the Spring of 2015, where she presented this research at the Law and Society Conference in New Orleans, LA.

Fischel, Joseph J. Sex and Harm in the Age of Consent. University of Minnesota Press, 2016.

Kemshall, Hazel, and Mike Maguire. “Sex offenders, risk penalty and the problem of disclosure to the community.” Sex Offenders in the Community (2013): 102.

Quinn, James F., Craig J. Forsyth, and Carla Mullen-Quinn. “Societal reaction to sex offenders: A review of the origins and results of the myths surrounding their crimes and treatment amenability.” Deviant Behavior 25.3 (2004): 215-232.

Scott, Charles L., and Trent Holmberg. “Castration of sex offenders: prisoners’ rights versus public safety.” Journal of the American Academy of Psychiatry and the Law Online 31.4 (2003): 502-509.