Black Carbon, Health, and the Power of Women’s Leadership

Black Carbon (BC), a product of incomplete combustion of fossil fuels, doesn’t just contribute to climate change–it also contributes to chemical exposure.[1] Commonly referred to as “soot”, BC emissions are the second largest contributor to global warming after carbon dioxide.[2]  Its origins are myriad: it occurs naturally in volcanic eruptions and wildfires, but its anthropogenic sources produce rampant pollution. According to the Environmental Protection Agency, in 2000, total global BC emissions from human activities were estimated at 8.4 million tons.[3] Sources include automobile emissions and agricultural burning, but emissions from residential heating and cooking–particularly in developing regions in Asia, Africa, and Latin America–by far override those from any other source. In fact, nearly 3 billion people on the planet are using rudimentary, polluting cookstoves. These cookstoves, in combination with other types of residential solid fuel burning, account for 25% of total global emissions to date.[4] This reliance on hazardous energy technologies results in an environmental and health issue deeply rooted in one of humankind’s oldest, most critical, and most culturally important activity: cooking.

While BC emissions constitute up to 25% of emissions, more disturbing is the human health impact of those emissions–particularly for women. As the main users and central managers of cookstoves and household energy around the world, women are disproportionately exposed to polluting cookstoves.[5] They suffer not only devastating impacts to their health, but also to their general quality of life. BC consists of tiny particles that are respirable, which penetrate the lung, carrying with them organic compounds and chemicals (some of which are carcinogenic). Risks of endured exposure include asthma, lung cancer, cardiovascular problems, birth defects and premature deaths. The toxic emissions resulting from the burning of solid fuels in inefficient coosktoves far exceeds the World Health Organization’s (WHO) guidelines. According to the WHO, women are exposed to deadly smoke that kills over four million people every year.[6]

Because cooking is a distinctive, diverse and culturally expressive practice, any initiative that approaches modifying the culture around how food is cooked must employ a foundational empathy around the local social preferences, cultural customs, and family dynamics. Perhaps because woman and girls are impacted on a daily basis by harmful cooking processes and the socio-cultural structures which maintain them, they are posed to play a pivotal role in addressing the very issue at hand. In other words, women can, and should, be critical players in any initiative to reduce emissions, improve health, and scale the adoption of healthier alternatives–for our lungs and for our planet.

Efforts towards these ends are already in play: The Global Alliance for Clean Cookstoves (GACC) has been systematically including women at each rung of the clean cooking ladder, from addressing the very gender issues which can bar adoption and scale of improved technologies in the home, to empowering and equipping women to create their own solutions and strengthen the market at large. Sakhi Unique Rural Enterprise (SURE) in India taps into cohorts of rural women to infuse last mile markets with clean energy, while Solar Sister engages networks of women in Sub-Saharan Africa to become energy entrepreneurs who distribute solar energy products and improved cooking technologies. The Visionaria Network (TVN) specializes in leadership and empowerment programming through community-driven sustainable development lead by participants, including adolescent girls in Latin America who are engaging their communities through the installation of improved cookstoves, solar panels, and water filtration systems, while undergoing personal development.

This work offers a glimmer of hope that pierces the darkly-clouded issue of BC. Because BC’s lifetime in the atmosphere is only about two weeks compared to several decades for carbon dioxide, reducing its emission may be a highly effective way of slowing climate change, and catalyzing women as energy entrepreneurs and community agents of change has the potential to vastly improve human health.

As Corinne Hart and Genevieve MacFarlane Smith of the Global Alliance for Clean Cookstoves argue, women and girls in developing regions are the primary users, consumers, and experts on cooking technologies, and they thus need to be central to all efforts to implement clean cookstoves[7]. Through a conscious prioritization of their insights, we can utilize their largely untapped wisdom, local knowledge, and experience in raising awareness and enacting change, linking clean energy markets to gender equity. By engaging women as leaders in their communities and in the clean cooking sector, and by addressing how gender discrimination acts as a barrier to the implementation low-emission technology, women can be empowered to reduce chemical exposure and combat climate change. 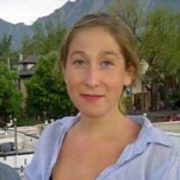 Kali Basman is the Director of Partnerships for the Visionaria Network, a women’s empowerment and leadership institute that leads sustainable development projects in Peru. She previously worked to develop STEM projects in middle and high schools around the world to measure ground-level ozone, black carbon, and CO2.  She is currently a Global Health Fellow for the United Nations, and is working towards a dual masters degree in Environmental Public Health and Urban and Regional Planning at UCLA.

[1] Combustion is the process of the burning of a fuel in the presence of oxygen. Incomplete combustion occurs when there is not enough oxygen to allow the fuel to react completely, which produces harmful chemicals.

[7] Hart & Smith, 2014. Overcoming barriers to clean cookstove and fuel adoption: Why and how women must be integrated throughout the value chain,  http://cleancookstoves.org/resources/335.html, accessed 05 October 2016.