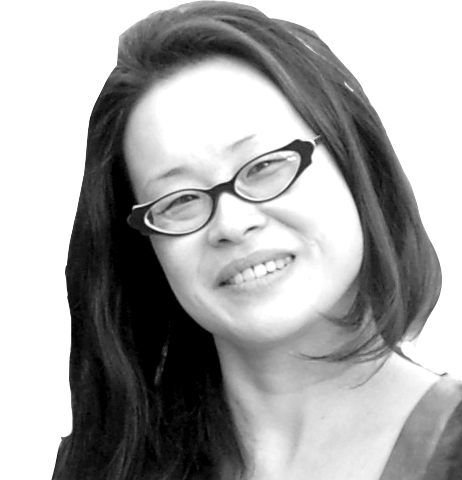 It was cold and brilliantly sunny in the way that snow-covered landscapes can be when I found myself in Northampton, MA in January of this year. I was there under the auspices of a CSW Faculty Development Grant to do archival research at the Sophia Smith Collection at Smith College. Shivering in the midst of a cold snap in my sadly inadequate coat, I walked daily from my hotel to Nielson Library where the collection is housed, and spent the week immersed in the archives of the Third World Women’s Alliance (TWWA), the Alliance Against Women’s Oppression (AAWO), and the Women of Color Resource Center. The special collections room, like the rest of campus, was mostly unoccupied given that it was Smith’s spring break; the hush was only interrupted by two baffled archivists and a handyman trying to figure out how to get rid of a squirrel that had gotten into the crawlspace under the roof, most likely also trying to escape the cold. In this cozy atmosphere, I looked through hundreds of files about these women of color organizations that had flourished in New York and the Bay Area. 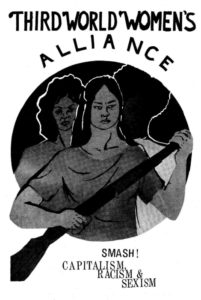 I had originally been introduced to the TWWA years ago by our colleague Maylei Blackwell (Chicana/o Studies), who has done copious groundbreaking research on this organization. Lead by co-founder Frances Beal, the TWWA began in 1968 as the Black Women’s Caucus within the New York chapter of SNCC. In 1970, it decided to become an independent organization, and changed its name to the Black Women’s Alliance. In 1971, a group of Puerto Rican women asked to join. This precipitated serious discussions weighing the importance of pursuing issues and concerns specific to Black communities against the imperative of a broader Third World solidarity.[1] The coalitional impulse won out, and they became the Third World Women’s Alliance. The New York chapter existed until 1977. In 1971, one of the New York TWWA members moved to the Bay Area, and started a chapter there. The Bay Area chapter disbanded in 1979, and regrouped as the Alliance Against Women’s Oppression, which focused on women’s reproductive rights, women’s health, and welfare. AAWO itself dissolved in 1989, and several members, most notably Linda Burnham, went on to found the Women of Color Resource Center in 1990. The Women of Color Resource Center closed in 2011.

While I can’t do justice to the wealth of documentary evidence from those archives in this brief blog post, what I did find was a rich tradition of activism by Third World women and women of color that was more continuous than the histories of these organizations might imply. The publication that the New York chapter produced, Triple Jeopardy, as well as the organizational papers document a coalitional, internationalist, and socialist political vision that connected U.S. imperialism abroad with attacks against people of color and the poor domestically. Throughout, these organizations identified the ways in which imperialist, capitalist violence was gendered as well as racialized, and centered Third World women as crucial actors in the struggle for freedom. The work seemed inspiring, challenging, and fun (one agenda for a Bay Area TWWA meeting was annotated with a hand-written shopping list containing only three items: “cognac, beer, crème de coco”). It also came with real risks: one of the largest single files in the archive was the redacted FBI file on the activities of the New York branch of TWWA. Like many other organizations, they had been under covert surveillance for several years in the early 1970s and only found out later through a FOIA request.

Ultimately, I will base an article, and then a larger monograph project, on this research. The monograph will explore the internationalist, transnational, and anti-imperial analytics wielded by U.S.-based women of color feminists, as well as the impact and influence of anti-imperialist movements in Asia, Latin America, and Africa on U.S.-based women of color activism and arts in the latter half of the 20th century. My hope is that this book will, eventually, do justice to the complexity and energy of these Third World and women of color efforts that have left such an important legacy of activism and theory.

Grace Kyungwon Hong is Associate Professor of Women’s Studies at UCLA; she also holds a joint appointment in Asian American Studies. She earned her Ph.D. in Literature at UC San Diego, and her M.A. in Asian American Studies at UCLA. She is the author of  Death beyond Disavowal: The Impossible Politics of Difference (U of Minnesota Press, 2015), The Ruptures of American Capital:  Women of Color Feminism and the Cultures of Immigrant Labor (University of Minnesota Press, 2006) and the co-editor (with Roderick Ferguson) of Strange Affinities:  The Gender and Sexual Politics of Comparative Racialization (Duke University Press, 2011).  She is also the co-editor (also with Roderick Ferguson) of the Difference Incorporated book series at the University of Minnesota Press.