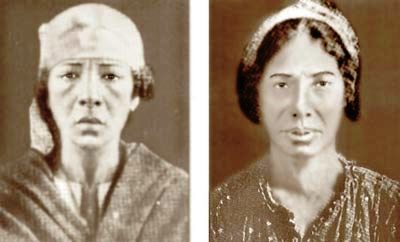 On November 15, 1920, an elderly man dug up the skeleton of a woman while renovating an apartment building in Alexandria, Egypt. This discovery led to an intensive two-month investigation in which the corpses of seventeen women were found, most of them in homes that had been rented by two sisters – one of them named Raya and the other named Sakina. Over the course of the investigation, the state prosecutor learned that Raya and Sakina had used these homes as clandestine brothels and that most of the murder victims had been engaging in clandestine sex work. Although the judges determined that the sisters had acted as accomplices rather than perpetrators, Raya and Sakina still became the first women in Egyptian history to receive the death penalty.

Over the past several decades, numerous Egyptian films, TV shows and comedies have been produced about these murders, and the case is still widely known throughout the Middle East today as “Raya and Sakina.” Despite the many afterlives of this case, no historian has studied the two thousand pages of handwritten legal records that were produced about these murders. My dissertation therefore utilizes state records from the Egyptian National Archives, the microfilm collection of the National Judicial Studies Center in Egypt, and the digitized materials of the Bibliotheca Alexandrina to bring together a wide variety of handwritten material in Arabic and French about the case and its historical context. I use these sources to analyze the serial murders and the executions as the beginning of a new historical era in which concerns about gender, sexuality and class became central to both the post-WWI reconstruction of subaltern communities and the politics of state-building under a growing middle-class nationalist movement in interwar Egypt.

My dissertation addresses two central questions. First, how and why did these serial murders happen, and what do they reveal about the effects of WWI on subaltern communities in the port city of Alexandria? The records of the case indicate that the murders began in November 1919, after Raya and Sakina’s husbands returned from the war. Both men had worked as manual laborers for the British Army during the second half of the war, and while they were gone, Raya and Sakina had decided to open a clandestine brothel near a military camp in Alexandria. Although the colonial state had been regulating prostitution since 1882 and requiring sex workers to apply for licenses, pay taxes and undergo weekly medical examinations, many women preferred the clandestine trade because it was more profitable and less stigmatizing. Many of the women that Raya and Sakina managed to procure for their clandestine brothel were therefore petit bourgeois women who wanted to maintain their public respectability. In this hidden economy of sex work, these women were not employed by the sisters and instead paid them half the money they received from each client. Throughout the war, this business model worked well for both the sisters and the sex workers.

All of this changed after the war. A sharp drop in clients led many of these independent sex workers to look elsewhere for work, and Raya and Sakina’s husbands exerted significant control and influence over their wives’ business operations after they returned from the war. The fact that a couple of abusive neighborhood strongmen began to frequent Raya and Sakina’s brothels after the war may also have deterred sex workers. In response to this decline in business, the sisters decided to adopt a new business model. Instead of contracting with independent sex workers, they began to employ poor teenage girls whom they heavily exploited. They provided these girls with the clothing and jewelry they needed to do their work, and the girls were considered indebted to them until they could pay for the goods, which they rarely succeeded in doing. The sisters and their husbands also became members of a trafficking network that procured teenage girls from Southern Egypt and sold them to registered brothels around the country. This new business model made the previous independent sex workers with whom Raya and Sakina had contracted not only undesirable but also a threat. The clandestine sex trade was restructured along the lines of an increasingly gendered and classed division of labor after the war, and control over sex workers in this context became the primary motivation for the serial murders.

The second question I address in my dissertation relates to the role of gender and sexuality in middle class formation. The decision to execute Raya and Sakina is surprising given the fact that they were only accomplices, and it is all the more surprising given the fact that three other accomplices were exonerated at trial. According to one Egyptian journalist writing during the trial, Raya and Sakina had to be executed because the state prosecutor overheard Sakina say that if she received life imprisonment, she would likely get out in fifteen or twenty years and would then return to streetwalking. For this reason, the state prosecutor asked the court to “sever these two corrupt members from the nation.” From the very beginning of the investigation, the Egyptian media had denounced Raya and Sakina as barbaric gender and sexual deviants. They were presented as the antithesis of the modern, civilized Egyptian woman who adhered to middle-class gender and sexual norms. This discourse about Egyptian women had been a constant theme in the writings of middle-class nationalists since the early twentieth century, and it became increasingly popular in the early interwar period due to the growing empowerment of the Egyptian middle class. The media was therefore more preoccupied with the sexual behavior of the sisters and their potential to ‘corrupt’ Egyptian women than with their actual role in the murder case.

The story of Raya and Sakina continues to resonate in Egypt today because it speaks to the same concerns about gender, sexuality and class that it raised nearly a century ago, and it continues to function as a disciplinary mechanism. Young middle-class girls are taught that if they misbehave or go shopping in poor neighborhoods, Raya and Sakina will get them. They are reminded that violating gender, sexual and class boundaries has severe consequences. Raya and Sakina therefore remains a highly relevant story about gender, sexuality and class – one that is both uniquely Egyptian yet symbolic of broader middle-class concerns that have shaped the development of nation-states around the world. 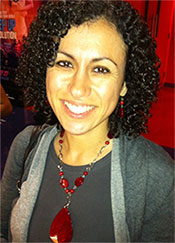