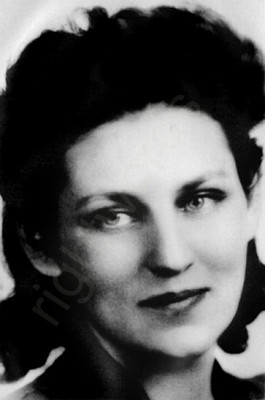 On January 1, 2007, just two weeks before her 95th birthday, Tillie Lerner Olsen died in Oakland, California after years of failing health. Her short stories chronicled the lives of the working poor and her scholarship explored the silences and the silencing of women who write. In 1961, her story, Tell Me a Riddle, in the collection of the same name, was awarded the O. Henry Prize for best American short story of the year.

The daughter of political refugees from Russia, Olsen was born in Omaha, Nebraska. As the second of six children, she frequently had to care for her younger siblings while her parents worked. She left high school before graduating to get a job. From the 1930s to the 1960s, she worked as a waitress, a hotel maid, a packinghouse worker, a secretary and a factory worker. During the Depression, she became involved in political activism and labor organizing at packinghouses in Kansas and Nebraska. In 1933 she moved to San Francisco. During the 1934 San Francisco general strike, she was arrested, and wrote about the strike in The New Republic and The Partisan Review.

She married a fellow activist, Jack Olsen, in 1944, and they had four daughters. The burdens of child-rearing, work, and housekeeping, kept her from writing although she remained politically active. In 1953, when her youngest daughter started school, Olsen enrolled in a creative writing course at San Francisco State. On the strength of an unfinished story—the feminist classic “I Stand Here Ironing”—she won a Stanford University Creative Writing Fellowship in 1955–56. For eight months, she did not have to have a job outside the home. The money ran out and she went back to work, but a Ford Foundation Fellowship in 1959 provided enough support for her to finish “Tell Me a Riddle.” Time placed Tell Me a Riddle: A Collection (Lippincott., 1961) on its year’s best list in December of 1961.

In the early 1970s, she became an adviser to the Feminist Press, recommending lost classics for the press to reprint, starting with Life in the Iron Mills by Rebecca Harding Davis. The fragment of her novel about the Depression, Yonnondio: From the Thirties, which she started when she was 19 and never finished, was published in 1974 by Delacorte. In 1978, she published in Silences (Delacorte Press/Seymour Lawrence), a book about not writing and about not being heard. In it, she wrote: “In the twenty years I bore and raised my children, usually had to work on a paid job as well, the simplest circumstances for creation did not exist.”

Although her literary output was relatively small, her contribution is far-reaching. She gave voice to women who have been silenced by the necessities of making a living and caring for family.