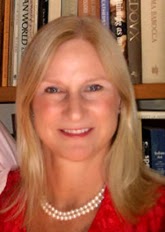 With a primary research focus on stress processes in pregnancy, Christine Dunkel Schetter, Professor in the Department of Psychology, Chair of the Health Psychology training program, and Director of the Stress Processes and Pregnancy Lab, recently co-authored two critical papers on women’s perinatal health, one on postpartum depression and one on pregnancy anxiety. In a comprehenssive review on the biological and psychosocial predictors of postpartum depression (PPD) that will appear in the Annual Review of Clinical Psychology, she and her co-authors argue that the literature on postpartum depression generally focuses on the biological predictors of postpartum depression (such as genetic factors) or on the psychosocial predictors (such as stressors and interpersonal relationships). Therefore, the article systematically reviews both bodies of literature, with the intention of identifying ways in which they overlap and might be integrated. Coauthors are Dr. Ilona Yim at UC Irvine, two UCLA doctoral students who now have their Ph.D.s (Dr. Christine Guardino, Dr. Lynlee Tanner Stapleton now at USAID In Washington, DC), and a former UCLA postdoctoral award recipient, Dr. Jennifer Hahn Holbrook, who is now on faculty at Chapman University.

In terms of the biological literature, they find that “the real challenge facing this field is not in the absence of biological effects, but rather the need to take a more sophisticated approach to testing theoretical premises.” For example, theory suggests that hormonal adaptations established during the course of pregnancy may be disrupted, thus challenging the mother’s body to create a new endocrine balance. However, this area has been largely understudied. In addition, the authors point to problematic issues in the timing of biological measures, as well as how the diagnosis of PPD is often established in biological studies.

In terms of the psychosocial literature, the authors find much stronger empirical support for mainly severe life events, some forms of chronic strain, relationship quality, and support from partner, as the strongest predictors of PPD risk. Based on their findings, the authors call for integrative empirical studies, which look at both biological and psychosocial predictors of pregnancy together. While they recognize the challenges in doing this type of cross-disciplinary research, they suggest that it is needed in order to understand the relationships between biological and psychosocial processes and advance our prevention and treatment efforts.

Dunkel Schetter also recently co-authored an article with postdoctoral fellow Christine Guardino titled, “Understanding Pregnancy Anxiety: Concepts, Correlates, and Consequences” in a special journal called Zero to Three, 2014). They define pregnancy anxiety as “a negative emotional state that is tied to worries about ‘the health and well-being of one’s baby, the impending childbirth, of hospital and healthcare experiences […], birth and postpartum, and parenting or maternal role. ” Their article indicates that evidence on pregnancy anxiety as a risk factor for preterm birth and child outcomes is building rapidly and makes a good case for interventions to reduce pregnancy anxiety and improve women and children’s outcomes.

Guardino (shown at right) and Dunkel Schetter also published a study, which was funded by a CSW seed grant, in Journal of Health Psychology on a mindfulness intervention for pregnant anxious women that showed promising effects. Current work is focused on testing alternative interventions—such as cognitive behavioral skills—for reducing anxiety about pregnancy, general anxiety, and depression in pregnancy.