The conference brings together scholars who work on racialized police violence in North America with others who work in Brazil, Central America, the UK, the Caribbean, and elsewhere to consider questions of pressing global importance including economic inequality, state power, racism and indigeneity, legacies of imperialism and colonialism, and gendered violence. Featuring intellectuals in the social sciences, humanities, and arts, the symposium not only analyzes racialized state violence but also engages possibilities for justice. 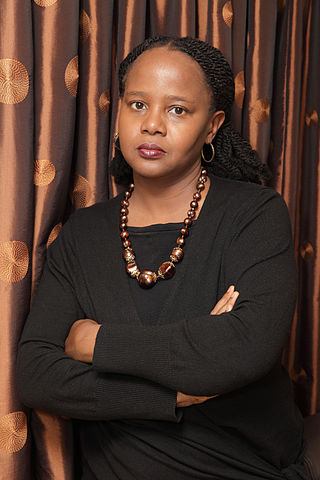 The extraordinary novelist and public intellectual Edwidge Danticat (left) will deliver the conference’s keynote lecture on Wednesday evening May 25th, with Kelly Lytle Hernandez, associate professor, Department of History, UCLA,  as respondent. Danticat is an award-winning author of short stories and novels that often engage with the history of her native Haiti. She also writes about the immigrant experience—what she calls “dyaspora”—and the reality of life in Haiti today. Her works include Breath, Eyes, Memory (1994); Krik? Krak! (1996); Claire of the Sea Light (2013); Mama’s Nightingale (2015); and Untwine (2015). She wrote and narrated the film Girl Rising (Haiti) in 2013. In 2007, she received a National Book Award nomination for Brother, I’m Dying. She was shortlisted for the Andrew Carnegie Medal for Excellence in Fiction for Claire of the Sea Light in 2014.

On Thursday, May 26th, we will hold two panels of speakers and a lunch scholar-activist roundtable on policing in Los Angeles.

Melina Abdullah, Professor and Chair, Pan-African Studies, California State University, Los Angeles, is a womanist scholar-activist – recognizing that the role that she plays in the academy is intrinsically linked to broader struggles for the liberation of oppressed people. Her research interests include activism and movement building and Critical Race Theory. Abdullah was appointed to the Los Angeles County Human Relations Commission in 2014 and is a member of the California State University Chancellor’s Taskforce for the Advancement of Ethnic Studies. She is currently writing a book manuscript that examines Hip Hop and political mobilization.

Mohan Ambikaipaker, Assistant Professor, Communications, Tulane University School of Liberal Arts, is a social anthropologist and cultural studies scholar who studies the dynamics of multiracial societies. His research aims to examine the shifting configurations of racism and racial structures that go beyond bipolar frameworks of analysis. He is the co-author (with Robert Berkeley and Omar Khan) of What’s New about New Immigrants in 21st Century Britain? (Runnymede Trust/Joseph Rowntree, 2006).

Maurice Magaña, Lecturer, Chicano/a Studies, UCLA, researches youth activism and social movements in Mexico and the United States. He received his Ph.D. in sociocultural anthropology from the University of Oregon in 2013 and was the Institute of American Cultures Visiting Researcher in Chicano Studies in 2013-14. His dissertation, Youth in Movement: the Cultural Politics of Autonomous Youth Activism in Southern Mexico, was named as one of the “50 Best Dissertations in Cultural Anthropology of 2013”.

Ana Muñiz, Criminology, Law, and Society, UC Irvine, does research on gang injunctions, social control, state violence and surveillance, militarization, and race. She is the author of Police, Power, and the Production of Racial Boundaries (Rutgers University Press, 2015) which examines how the LAPD, city prosecutors, and business owners struggled to control who should be considered “dangerous” and how they should be policed in Los Angeles.

Laurence Ralph, Associate Professor, African & African American Studies and Anthropology, Harvard University, researches how the historical circumstances of police abuse, mass incarceration, and the drug trade naturalize disease, disability, and premature death for urban residents, who are often seen as expendable. He is the author of Renegade Dreams: Living Through Injury in Gangland Chicago (University of Chicago Press, 2014).

Audra Simpson, Associate Professor, Anthropology, Columbia University, is energized by the problem of recognition, by its passage beyond (and below) the aegis of the state into the grounded field of political self-designation, self-description, and subjectivity. Her work is motivated by the struggle of Kahnawake Mohawks to find the proper way to afford political recognition to each other, their struggle to do this, and the challenges of formulating membership against a history of colonial impositions. She is the author of Mohawk Interruptus: Political Life Across the Borders of Settler States (Duke University Press, 2014) and co-editor with Andrea Smith of Theorizing Native Studies (Duke University Press, 2014).

Christen Smith, Assistant Professor, Anthropology; African & African Diaspora Studies, University of Texas at Austin, does research in the areas of performance, race, gender, violence and the black body in the Americas with a particular emphasis on transnational black liberation struggles and racial formation. Her book, Afro-Paradise: Blackness, Violence and Performance in Brazil (University of Illinois Press, 2016) explores the visual and performatic economies of the Black body in pain as an ironic transfer point for the production of Brazil’s racial state.

Shannon Speed is a citizen of the Chickasaw Nation of Oklahoma. She is Director of American Indian Studies and Associate Professor of Gender Studies and Anthropology at UCLA. Dr. Speed has worked for the last two decades in Mexico, and her research and teaching interests include indigenous politics, legal anthropology, human rights, neoliberalism, gender and feminist theory, indigenous migration, and activist research. She has published five books and edited volumes, including Rights in Rebellion: Human Rights and Indigenous Struggle in Chiapas, Human Rights in the Maya Region: Global Politics, Moral Engagements, and Cultural Contentions, and Dissident Women: Gender and Cultural Politics in Chiapas. She serves on the Council of the Native American and Indigenous Studies Association (NAISA) and as co-chair of the Otros Saberes/Other Knowledges section of the Latin American Studies Association (LASA), and on the editorial board of AlterNative: An International Journal of Indigenous Peoples. In 2013, she was awarded the Chickasaw Nation’s Dynamic Woman of the Year, and in 2014 she received the Lifetime Achievement Award from the State Bar of Texas Indian Law Section.

Rinaldo Walcott, is Professor and Director of the Women & Gender Studies Institute at the University of Toronto. As an interdisciplinary scholar Rinaldo has published on music, literature, film and theater and policy among other topics. All of Rinaldo’s research is founded in a philosophical orientation that is concerned with the ways in which coloniality shapes human relations across social and cultural time. Rinaldo is the author of Black Like Who: Writing Black Canada (Insomniac Press, 1997 with a second revised edition in 2003); he is also the editor of Rude: Contemporary Black Canadian Cultural Criticism (Insomniac, 2000); and the Co-editor with Roy Moodley of Counseling Across and Beyond Cultures: Exploring the Work of Clemment Vontress in Clinical Practice (University of Toronto Press, 2010). In all of Rinaldo’s research and publication he focuses on Black cultural politics; histories of colonialism in the Americas, multiculturalism, citizenship, and diaspora; gender and sexuality; and social, cultural and public policy

Kelly Lytle Hernandez, Associate Professor, Department of History, UCLA, does research on twentieth-century U.S. history with a concentration on race, migration, and police and prison systems in the American West and U.S.-Mexico borderlands. Her book, MIGRA! A History of the U.S. Border Patrol (University of California Press, 2010) is the first book to tell the story of how and why the U.S. Border Patrol concentrates its resources upon policing unsanctioned Mexican immigration despite the many possible targets and strategies of U.S. migration control. Her current research explores the social world of incarceration in Los Angeles between 1876 and 1965.

Saree Makdisi, Professor, Department of English, UCLA, does research at the crossroads of several different fields, including British Romanticism, imperial culture, colonial and postcolonial theory and criticism, and the cultures of urban modernity, particularly the revision and contestation of charged urban spaces, including London, Beirut and Jerusalem. His recent books include Palestine Inside Out: An Everyday Occupation (WW Norton, 2008; revised and updated, with a new foreword by Alice Walker, 2010) and Making England Western: Occidentalism, Race and Imperial Culture (University of Chicago Press, 2014).