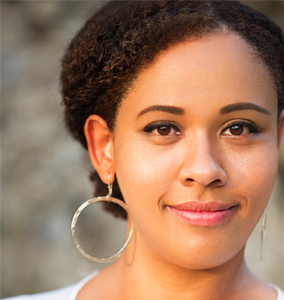 This talk is an engagement with the conditions of precarity that characterize the current moment. Linking my ethnographic research on offshore banking in the US-owned Virgin Islands to scholarship detailing the troubling neoliberal turn made by the American academy, this lecture is an engagement with neoliberalism and its effects. Building on black feminist scholarship, I take up the notion of intersectionality and consider its continued salience vis-à-vis contemporary operations of capital. I do this in order to demonstrate the ways in which neoliberal logic builds upon, and deepens, existing hierarchies—divisions that are most often named in relation to class, but are equally significant along lines of gender, race, and color.

Taking seriously the notion that the American academy is in crisis (with institutions relying increasingly on nonsecure, poorly-paid adjunct teaching, offering ever-fewer tenure track positions for the steady stream of newly-minted Ph.D’s that are produced each year), I examine the effects of this precarity on teaching, faculty/staff research agendas, and student advising. I pay particular attention to the ways female faculty members and scholars of color are positioned in this financial-academic environment. Linking these concerns to my own research agenda on economic development in the US Virgin Islands, my work provides a gendered analysis of the neoliberal project, as I examine the Economic Development Commission (EDC) initiative, a tax holiday program that has attracted a number of primarily American bankers to the island of St. Croix. In this talk, I explore the issue of gender vis-à-vis the EDC program, as I work through the gendered expectations governing the local women working in the EDC sector, a group known locally as ‘EDC girls.’ These workers, a group of local women who have contributed to the creation of a new social category on St. Croix, are expected to dress, act, and dispose of their generous salaries both conspicuously and in ways that benefit the broader community of St. Croix. I argue that far from serving as unwitting participants in these processes, these women perform a mediating role in neoliberal globalization, actively participating in the creating of new social and economic realities. — Tami Navarro

Tami Navarro is the Associate Director of the Barnard Center for Research on Women (BCRW) and Managing Editor of the Center’s journal, Scholar and Feminist Online. She holds a Ph.D. in Cultural Anthropology from Duke University, and her research interests include Caribbean Studies, Gender and Labor, Development, Identity Formation, Globalization/Transnationalism, Capital, Neoliberalism, Race/Racialization and Ethnicity. Her work has been funded by the Mellon Foundation, the Wenner-Gren Foundation, the Social Science Research Council, the American Anthropological Association, and the Ford Foundation.

Tami Navarro has held fellowships in Anthropology at Rutgers University and taught as a Visiting Assistant Professor at Wesleyan University. Before joining Barnard, she was a Visiting Scholar at the Institute for Research on Women, Gender, and Sexuality at Columbia University. She is currently at work on a manuscript entitled Virgin Capital: Financial Services as Development in the US Virgin Islands which explores the way in which neoliberal initiatives that advocate the freeing of markets and purport to mark the way toward greater global integration build upon—and often lead to the entrenchment of—existing gender disparities and processes of racialization. Virgin Capital argues not simply the unevenness of contemporary globalized capital but also traces the ways that these circulations are rooted in historical dynamics of race, gender, and geopolitical positioning and argues these new circuits nevertheless produce emergent subjectivities, particularly as related to gender and class.

Cosponsored by: UCLA Institute for Research on Labor & Employment and UCLA Center for the Study of Women

Dying From Improvement: Inquests and Inquiries into Indigenous Deaths in Custody

The Myth of the Superwoman Revisited
Scroll to top