Gender, Race, and Age Behind Bars: Impacts of Long-term Sentencing

This event has passed. Watch the discussion on CSW’s YouTube channel!

Join us for a rare opportunity to hear from two formerly-incarcerated women activists on the compounded adverse impacts of long-term sentencing on the elderly incarcerated, women and transgender people, and people of color in prison and beyond. Jane Dorotik was incarcerated for almost 20 years on a wrongful conviction. She was released in April 2020 due to COVID-19 concerns, and her conviction was reversed in July 2020. Romarilyn Ralston was incarcerated for 23 years, and is now the Program Director of Project Rebound at the California State University-Fullerton. Both are organizers with the California Coalition for Women Prisoners (CCWP). Dorotik and Ralston will be in dialogue with LA County Public Defender, Ricardo Garcia, and moderator Alicia Virani, Gilbert Foundation Director of the Criminal Justice Program at the UCLA School of Law.

This event is free and open to the public with registration.

This activity is approved for 1 hour of general MCLE credit. UCLA School of Law is a State Bar of California approved MCLE provider.

All Zoom registrants will be contacted after the event with instructions for how to receive MCLE credit. 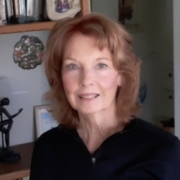 Jane Dorotik is a Registered Nurse and healthcare professional who worked in community mental health administration for many years. She had been incarcerated for almost 20 years on a wrongful conviction that she relentlessly works to overturn. She was released in April 2020 due to COVID-19 concerns, and her conviction was reversed in July 2020. She is a member of the California Coalition for Women Prisoners (CCWP), a current member of the Board of Directors of Californians United for a Responsible Budget (CURB), and a former board member of Justice Now. She also founded Compassionate Companions, an organization within the California Institution for Women (CIW) that provides care and companionship for terminally ill incarcerated people, and founded and published the CIW newsletter Strive High for eight years. She advocates for prison abolition as well as dignity and compassion for her fellow prisoners, especially those who are terminally ill. 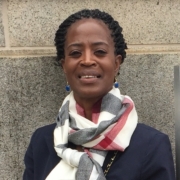 Romarilyn Ralston is the Program Director of Project Rebound at the California State University-Fullerton (CSUF), which provides formerly incarcerated students with tools and opportunities to help them thrive as scholars. She is also an organizer with the California Coalition for Women Prisoners (CCWP), and an alumna of California’s Women’s Policy Institute. Ralston holds a BA with honors in Gender and Feminist Studies from Pitzer College and an MA in Liberal Arts from Washington University. 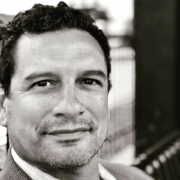 Ricardo D. García currently serves as Los Angeles County’s Public Defender, the oldest and largest public defender agency in the United States. Born in Los Angeles to immigrant parents from Mexico, Mr. García is a first-generation college graduate. He received his Juris Doctorate in 1995 from the University of California, Berkeley, Boalt Hall School of Law, and his Bachelor of Art in Politics in 1991 at the University of California, Santa Cruz. He began his legal career in 1995 with the San Diego Public Defender’s Office. Mr. Garcia is known as a noteworthy leader in the field of criminal defense. He has handled several high-profile cases in the San Diego County Public Defender’s Office, including the longest and most complicated death penalty trial in state history, and was awarded Trial Lawyer of the Year by the Criminal Defense Association of San Diego. 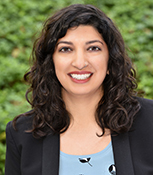 Alicia Virani (Moderator) is the Gilbert Foundation Associate Director of the Criminal Justice Program at UCLA School of Law. She was previously a Deputy Public Defender in the Orange County Public Defender’s Office where she represented indigent clients in criminal matters and parents navigating the dependency system. She currently teaches a clinical course where students represent clients in felony bail hearings as well as a course on trauma informed lawyering and restorative justice. Her work and expertise is in developing alternatives to the criminal legal system.

Gender, Alterity and Human Rights: Freedom in a Fishbowl