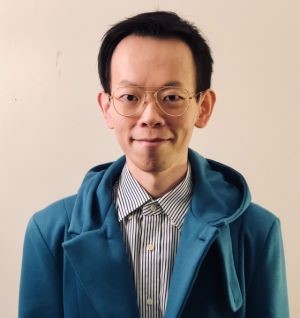 Taiwan has become the first Asian country to legalize same-sex spousal rights with the passage of a special law in May 2019. The legalization of same-sex relationships in Taiwan is a highly-contested process, with pro-and anti-gay rights groups competing with one another to win legitimacy over how even the idea of gay rights should be interpreted. To better understand the different discursive tools deployed by pro- and anti-gay rights activists between November 2013 and March 2020, I adopt a thematic content analysis approach to generate a codebook and apply it to a corpus that includes Facebook public posts of the pro-gay rights group and anti-gay rights group with the largest number of followers, respectively. The findings suggest that the pro-gay rights group is more likely to mention frames of anti-discrimination, equality, liberty, and identity-building while their anti-gay rights counterpart relies heavily on frames of morality, public interests, democracy, and anti-elitism. Furthermore, the pro-and anti-gay rights activists have adopted specific localized framing elements to construct their policy messages, including “Taiwan-China comparison,” “indigenous people,” and “ancestor veneration.” By treating framing as a dynamic process that changes over time, it becomes possible to observe that activists’ framing patterns have changed in response to policy outcomes, elite behavior, and interaction with rival activists.

Shih-chan Dai studies the development of LGBTQ rights in East Asian countries as well as examines how digital technology has reshaped the way politics and activism work nowadays. His research is situated at the intersection of political communication, social movements, and LGBTQ politics. He received his Ph.D. in Political Science from the University of Massachusetts Amherst. During his postdoc at UCLA, Shih-chan Dai is revising his dissertation into different journal articles and working on research topics related to gay rights in East Asia.

This event is part of the Asia Pacific Center’s Taiwan in the World lecture series.
The UCLA Taiwan in the World lecture series aims to promote and disseminate knowledge about Taiwan’s society, political system, social structure, and institutions in a global context, and shed light on Taiwan’s political economy, international relations, and US-Taiwan-China relations. This series is organized by Taiwan in the World postdoctoral fellow Shih-chan Dai and supported with funding by the Ministry of Foreign Affairs of the Republic of China (Taiwan) and the Taipei Economic and Cultural Office in Los Angeles. This lecture is cosponsored by the UCLA Center for the Study of Women, LGBTQ Campus Resource Center, and Office of Equity, Diversity & Inclusion.

Keywords for Gender and Sexuality Studies Symposium [postponed to Spring]

Defending Self-Defense: A Call to Action by Survived & Punished
Scroll to top