CSW Research Affiliate Brown Bag: “On Sarah Dorsey: A Nineteenth-century Southern Woman’s Rediscovered Lecture on the Philosophy of the University of France” 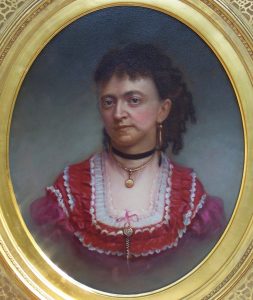 On Sarah Dorsey: A Nineteenth-century Southern Woman’s Rediscovered Lecture on the Philosophy of the University of France

A talk by Carol Bensick, PhD

Sarah Dorsey (1829-1879) is the earliest woman from the U.S. South to devote herself to philosophy. Besides the later Anna Julia Cooper, she is only the second Southern woman philosopher to be discovered by feminist historians–the first from the “Deep” South. She is the first American to make a study of contemporary French philosophy, and also the first American to make a study of Hindu philosophy. Dorsey was the first woman to made a study of the biological debate over the original of species. Hidden till now in periodicals and pamphlets, her work stands to change the shape of the canon of American women philosophers –possibly even that of American philosophy itself.

Carol Bensick completed her Ph.D. at Cornell University in American Literary and Intellectual History, specializing in Puritanism and Transcendentalism. She was an assistant professor at the University of Denver, the University of Oregon, and UC Riverside and gained tenure at University of Oregon. She taught summer school at Cornell and UCLA and Extension at UCR. Her revised dissertation was published as La Nouvelle Beatrice: Renaissance and Romance in ‘Rappaccini’s Daughter.” She edited and wrote the headnote for Jonathan Edwards for the first Heath Anthology of American Literature. In her earlier career she presented papers at local, regional, and national meetings and published essays and reviews for reference works, collections, and journals focusing on philosophical writers and literary writers on philosophical themes. As research affiliate of the CSW she roams the nineteenth-century archives turning up women philosophers wherever she goes.

Attendees are invited to bring their lunch to this brown bag talk.

I Am Not My Trauma: Word On Wednesday Spoken Word and Poetry Night