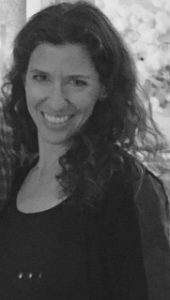 Julie Cohen received her Ph.D. in History with a Graduate Emphasis in Women’s Studies from the University of California, Irvine, after completing her dissertation entitled “Pedagogies for ‘Productive Citizenship’: The Cultural Politics of Child Welfare in Early Twentieth-Century Southern California.” Her research interests include late nineteenth and early twentieth-century US history, California and the US West, women/gender studies, race/ethnicity, and public history. Her work has been supported by a fellowship from the John and Dora Haynes Foundation, as well as grants and awards from the University of California Irvine Research Institute and the UC Irvine Humanities Center. She is currently a lecturer in the Department of History at California State University Los Angeles, where she teaches courses in US History, including Urban America, Civil Rights, Race and Ethnicity, US Women, and Gender and Public History. She has served as a lecturer at the University of Southern California and at Loyola Marymount University. Cohen also serves as a public historian, consulting with educators and museums on curriculum and exhibits.

At the Center for the Study of Women, she is exploring Los Angeles-based writers and newspaperwomen during the city’s formative rise in the early twentieth century. Long-forgotten but well-known during their time, writers such as Alma Whitaker—feminist, reporter, and columnist for the Los Angeles Times from 1910 to 1944—advanced a strong feminist voice that emphasized economic independence for women. Despite important scholarship on women in the US West, the role of women in the region’s rise is still hidden in plain sight, a side note to a largely male-centered narrative. Yet, by 1920, women outnumbered men in Los Angeles and the city’s labor force included a significantly large number of women who worked after the age of twenty-five. Cohen’s research suggests that the writers in this study contributed to a regional booster campaign that promoted and shaped Los Angeles as a place where women could achieve freedom from the constraints of Victorian gender norms, and specifically, vis-à-vis the workforce. White newswomen at the mass-circulation papers in the region simultaneously challenged cultural ideals of white womanhood AND bolstered the boundaries of race (and white supremacy in particular) using the bullhorn of the women’s page and weekly columns. Like the women’s movement itself, newspaperwomen of color carved out space as writers, editors, and publishers (more so than their white counterparts) in smaller publications, largely excluded from mass-circulating papers and leadership positions. All were essential to the success of their respective papers and the newspaper industry more broadly. With a focus on these writers and regional press clubs, Cohen’s project explores women, race, and place-making; women as key historical actors in cultural shifts; and histories of feminism.