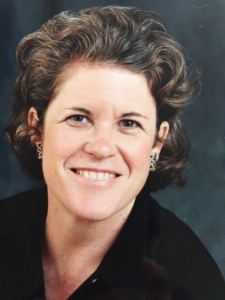 Cynthia Merrill received her Ph.D. in English from the University of Washington in 1990 after completing a dissertation entitled “Self-Reflections: The Dialectics of Autobiography.” She then taught at UCLA in Writing Programs, Women’s Studies, the Honors Collegium, and the Department of English. In 2002, she was honored with a UCLA Distinguished Teaching Award. She earned a JD from Yale Law School in 2005 and practiced as an attorney while continuing her independent research. Her scholarship brings a feminist perspective to the interdisciplinary study of law and literary theory.

Merrill is currently writing a collection of essays on law, gender, and narrative, in which she examines how repressed, but highly gendered, narratives have shaped legal doctrines crucial to women. She has presented versions of this work at Yale University’s Whitney Humanities Center, at the Association for the Study of Law, Culture and Humanities, and at the International Federation for Research in Women’s History. In 2020, she published “Fictions of Constitutional Privacy: Toward a Linguistic Subject,” in Fictional Discourse and the Law, edited by Hans J. Lind. In legal scholarship and jurisprudence, the constitutional right to privacy—the guarantor of reproductive and sexual freedoms—has increasingly been conceptualized as a right to autonomy. Autonomy requires not only a right to make self-defining intimate decisions, Merrill argues, but also a right to author the meaning of such choices—through dialogic interaction with, not subordination to, the state’s narratives. Reconceptualizing the subject of privacy as, in part, linguistic focuses attention on the state’s discursive intrusions into crucial processes of identity formation. Other topics to be addressed in the essay collection include the use of autobiography in legal theory, the ethics of identity-creating legal narratives in impact litigation, and narratives of trauma in the adjudication of women’s asylum claims.

“Culturally determined narratives underwrite legal doctrines and judicial decisions. Yet law rarely acknowledges as much; instead, it polices narrative’s power through formalization of the conditions of story-telling, rules that dictate where stories begin or end and whose stories may be told.”