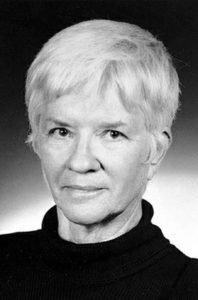 During Sandra Harding’s directorship, CSW continued to develop new programs and events, offering some 60 lectures and conferences each year. Several new student awards were endowed, the first-ever Meet Our Authors: Book Signing and Reception was held, and CSW sponsored numerous lecture series on topics including Feminist Controversies and Gender and Science.

Sandra Harding is a Distinguished Research Professor in the Graduate School of Education and Information Studies. Her teaching and research interests include feminist and postcolonial theory, epistemology, research methodology, and philosophy of science. Harding is the editor or author of 12 books, including The Science Question in Feminism (1986), Whose Science? Whose Knowledge? (1991), Is Science Multicultural? (1998), and Science and Social Inequality (2006). She was the coeditor (with Kathyrn Norberg) of Signs: Journal of Women in Culture and Society from 2000 to 2005. She has also served as a consultant on epistemology and philosophy of science issues for several UN organizations, including the Pan American Health Organization; the United Nations Educational, Scientific, and Cultural Organization (UNESCO); the UN Development Fund for Women (UNIFEM); and the UN Commission on Science and Technology for Development. In 2013, she was honored with the John Desmond Bernal Prize, the highest honor given by the Society for the Social Studies of Science. The award is given annually in recognition of an individual who has made outstanding contributions to social studies of science.