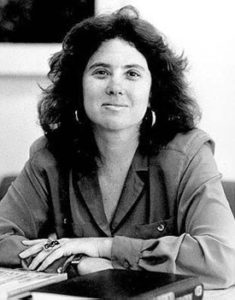 Miriam Silverberg, a Professor Emeritus of History and former Director of CSW, passed away early in the morning on March 16, 2008. Miriam directed the Center from 2000 to 2003. She was a wonderful colleague and she will be greatly missed.

While Director, she created the CSW Workshop Project that is still in existence today. One of these workshops, “Migrating Epistemologies,” met up until 2007. Under Miriam’s directorship, CSW sponsored a groundbreaking conference titled Feminism Confronts Disability. She also launched the first Biennial Women’s Community Action Award Dinner (with the UCLA Women’s Studies Program which is now Gender Studies); a conference titled Educating Girls: New Issues in Science and Technology Education; and a talk by Matsui Yayori on the Women’s International War Crimes Tribunal.

Silverberg received her master’s degree at Georgetown University and her doctorate from the University of Chicago. Her master’s essay dealt with the massacre of Koreans in Tokyo following the 1923 earthquake. She carried her interest in Japanese colonialism in Korea to UCLA, where she encouraged graduate students to study Japanese and Korean modernity together. Her research interests include modern Japanese thought, culture, and social transformation; social and cultural theory; and comparative historiography. Her books include Changing Song: The Marxist Manifestos of Nakano Shigeharu (Princeton: Princeton University Press, 1990), which received the 1990 John King Fairbank Prize in East Asian History. She retired from UCLA in 2005.